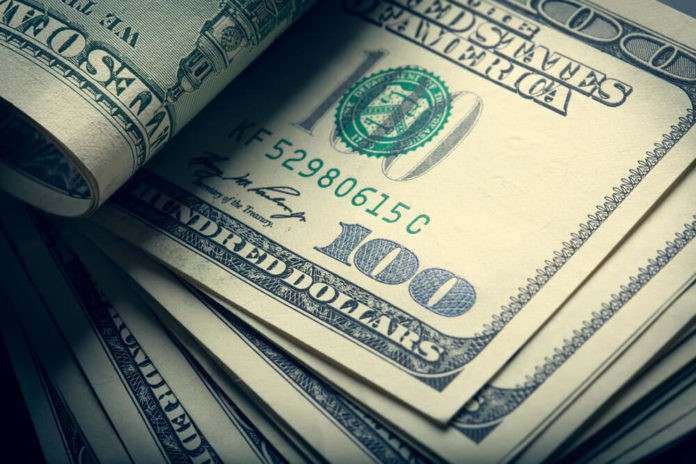 The dollar had declined on Wednesday on confidence that an agreement on stimulus was close. This sparked demand for riskier assets. But optimism frittered away on Thursday amid opposition from Senate Republicans over the size of the potential aid bill.

Discussions between House of Representatives Speaker Nancy Pelosi and Treasury Secretary Steve Mnuchin will continue on Thursday. But prospects remain dim for any substantial aid to be agreed upon before the Nov. 3 election. The possibility of a deal that only took effect after that date was acknowledged by both sides.

The Fed Beige Book suggested on Wednesday that the U.S. economy expanded at a slight to modest pace. This was despite employment trends being sluggish.

Traders will look to the release of weekly jobless claims data on Thursday for guidance.

The much-awaited final presidential debate between President Trump and Democratic rival Joe Biden will take place later in the day.

Analysts at Nordea in a research note wrote that Biden is leading Trump by miles in polls. A probable Blue Wave outcome has been correlated with higher equities.  Moreover, a weaker USD and a steeper curve, but such a viewpoint is already consensus by now, they said.

Forex news reported GBP/USD was down 0.1% at 1.3134 after climbing to a six-week high overnight. Britain’s chief Brexit negotiator said talks with the European Union will resume on Thursday afternoon.

ING analyst Robert Carnell wrote that the timescale for some sort of agreement has now slipped back into Mid-November.  He said there will surely be a flurry of ratifications needed in member states before this can be passed. This will take the theater right to the closing curtain on Dec. 31 Carnell added.

Meanwhile, USD/TRY fell 0.1% at 7.8032 ahead of the latest policy meeting of Turkey’s central bank on Thursday.