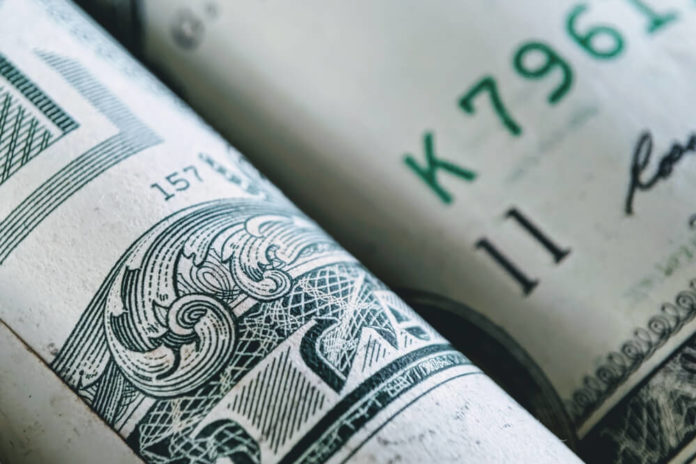 The dollar was up on Monday morning in Asia’s forex exchange. The Nov. 3 U.S. presidential elections and growing number of coronavirus cases globally continue to weigh on investor sentiment.

The currency held onto gains from the previous week. It’s largest weekly percentage rose since late September during the previous session. This was due to investors cautiously turning to the safe-haven asset.

The race remains tight despite the polls predicting a win for Democrat candidate Joe Biden over incumbent president Donald Trump. The possibility of a contested election continued is keeping investors uncertain about the outcome of the election.

The USD/CNY pair dropped 0.08% to 6.6867 as China released positive data earlier in the day. It showed the Caixin manufacturing Purchasing Managers Index (PMI) rising to 53.6 in October. That was ahead of the expected growth of 53.

Data released on Saturday also showed growth in October’s manufacturing and non-manufacturing PMIs of 51.4 and 56.2 respectively. Albeit, the manufacturing PMI was slightly lower than September’s reading of 51.5. The Caixin services PMI is expected later in the week.

U.K. Prime Minister Boris Johnson announced on Saturday a second lockdown in England later in the week until Dec. 2. The number of daily COVID-19 cases surpassed 20,000.

On Sunday, cabinet minister Michael Gove warned that an extension of the lockdown is likely.

The news overshadowed the extension of Brexit trade deal talks with the European Union until later in the week. This was in order to meet the year-end deadline.

Some investors said that the market is developing an immunity to news of rising cases numbers and new lockdowns. This was despite the fact that the number of COVID-19 cases continue to rise in Europe and the U.S.

It’s also a big week for central banks, with the Reserve Bank of Australia handing down its monetary policy on Tuesday. Additionally, the Bank of England and the U.S. Federal Reserve will unveil their respective policies on Thursday.