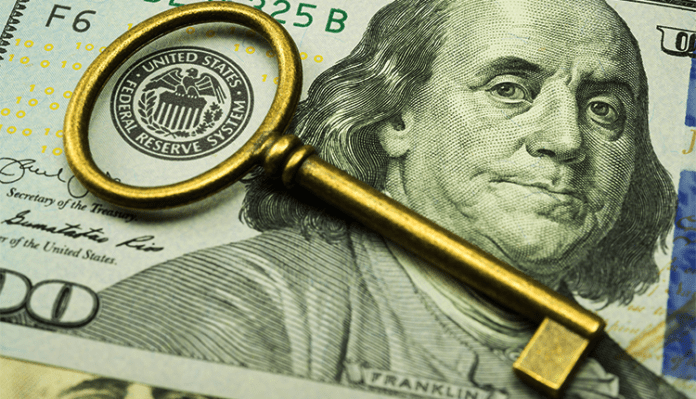 In the foreign exchange market, the U.S. dollar crashed in its 3-week lows against a basket of currency on Tuesday. The fall was due to the intensifying expectations for an interest cut by the Federal Reserve pressured by Treasury yields. Also, the endless concerns over the global growth outlook raised the safe-haven yen.

Aside from that, the benchmark 10-year Treasury yield dropped to its lowest since September 2017 overnight. It fell to nearly 2% after St. Louis Federal Reserve President James Bullard announced a soon-to-impose interest rate cut. And the rate cut was due to the weakening U.S. inflation and the fear of economic growth posed by the trade war.

Contrarily with the dollar, the Japanese yen became the central beneficiary from the flight to safety. It almost hit its four-month highs at 108.0 yen per dollar.

For this reason, the dollar index fell at 97.067 after reaching a three-week trough of 96.917 overnight.

Antje Praefcke, a Commerzbank analyst, stated, “U.S. yields fall due to concerns about real economic effects, and the market is literally calling out for rate cuts.”

Also, Praefcke added, “There are no positive arguments supporting the dollar.”

However, some strategists are less bearish about the dollar.

And they claim that rate cuts had previously priced into the currency. Also, if the global growth worsens, the dollar will benefit from its safe-haven credentials.

On the other side of the foreign exchange market, the euro boost 0.2% to 1.1261. Of course, the weakness of the dollar helped in the rise of the currency.

IG Securities Senior FX strategist, Junichi Ishikawa stated, “The euro is one of the currencies that stands to be most affected by a Chinese economic downturn.”

Meanwhile, the Australian dollar changed a little after the Reserve Bank of Australia cut interest rate to a record low of 1.25%. Also, the British pound slightly moved up at 1.2656 from a five-month trough of 1.2560 on Friday.