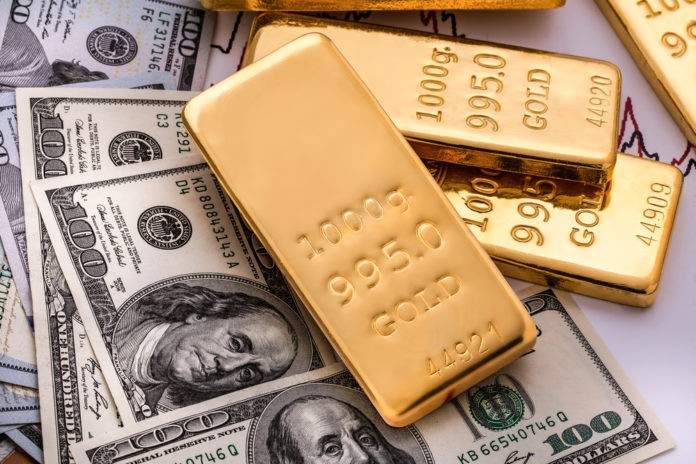 Gold was up on Friday morning in Asia’s precious metals despite a stronger dollar. The U.S. presidential candidates President Trump and Democratic candidate Biden made their cases in the final debate. Investors continued to track progress on the latest stimulus measures.

On Thursday, House of Representatives speaker Nancy Pelosi was optimistic that a deal would be reached soon. She said that progress was being made in talks with the White House.

However, White House economic adviser Larry Kudlow cautioned that there are still “significant policy differences”. These are Senate Republicans’ opposition to the measures’ price tag, and they’re unlikely to be resolved before the election.

In September, existing home sales also surged to 6.54 million. It was more than a 14-year high.

On Thursday, the U.K. and the European Union launched intensified daily talks. It’s part of their last-ditch efforts to reach a Brexit deal before the end of the year.

Some investors were bullish, with strong investor demand for the yellow metal to keep prices high. Moreover, to offset the likely slump in demand from jewellers and central banks in 2021.

The largest gold-backed exchange-traded-fund, Holdings in the SPDR Gold Trust, fell 0.1% on Wednesday to 40.8 million ounces.

Meanwhile in energy commodities, oil prices held on to gains from the previous session on Friday. Russian President Vladimir Putin indicated their country is ready to extend output cuts in the face of the COVID-19 pandemic.

Russia did not deem necessary for major oil producers to alter a deal on cutting global supply. But it did not rule out extending oil cuts if market conditions justified.

It is then clear that the country is prepared to extend unprecedented curbs on output. That is in order to meet the demand slump caused by the pandemic.