Australia’s economic indicator is plagued by negative figures, igniting concern on the possibility of stagflation. In October, exports and imports both showed -0.3% results. Analysts warned that such an update could signal about a relative decrease in consumer spending amid the continued risk that the pandemic poses on citizens’ purchasing decisions and sentiments. In a brief context, Australia’s Gross Domestic Product (GDP) recorded -1.9% result in the third quarter. This is the measure’s biggest quarterly decline in the last 47 years, pulled down by the extended lockdowns in the country’s most important business hubs during the period. As the latest number is the first contraction for fiscal 2021, traders are beginning to worry on whether this implies another crisis. Nevertheless, economists assured that the Antipodean country is still far from a recession. In an update on the country’s Retail Sales, it posted a 4.9% expansion from the 1.3% data previously.

The United Kingdom’s Manufacturing Purchasing Managers’ Index, which measures the health of economic trends, eases. In November, the esteemed economic indicator settled at 58.1 points which dismayed the expected 58.2-point result. Similarly, the latest figure is slightly lower than October’s pace. The drop came despite the significant increase in new orders from domestic and international merchants. In addition, the sector’s output increased in the month for the eighteenth straight report. According to IHS Markit analysts, growth in the manufacturing field will remain unsteady and will continue to lag compared to its performance in the first half of the year. This comes as the global supply chain disruption will continue to take hold, with no end yet in sight. Moreover, the ballooning costs of raw materials, labor shortages, and Brexit pains will contribute to the downside. In the latest deliberation, the UK input costs advanced to a three-decade high.

One of the leading indicators of Japan’s business sector health, Capital Spending, loses steam in the third quarter after showing a 1.2% hike. The recent notch is significantly lower than the 5.3% pace recorded in the previous quarter. In addition, there happened some massive outflow worth 309.6 billion of foreign investments in the country’s stock market in the recent deliberation. The recent pitfalls came as the world’s third largest economy still struggles to reconstruct itself from the havoc of the coronavirus pandemic. Recently, the incumbent administration also barred the entry of foreign nationals to its borders amid the growing fears with the Omicron variant. On the upside, Japan’s Housing Starts in October increased by a solid 10.4% which exceeded analysts’ expected 5.2% jump. Similarly, its November Manufacturing Purchasing Managers’ Index hiked to 54.5 points, still well-placed in the area of expansion, from October’s 54.2 points settlement.

Swiss citizens are in the affirmative of the government’s latest coronavirus response referendum. The new policy entails the introduction of a covid certificate which shows proof of vaccination. The said document will be a mandatory requirement when entering restaurants and other public spaces. 62% of the total voters gave a go signal for the new legislation. This is in consideration of the current Omicron situation which spreads swiftly in Europe and could derail the region’s economic revamp. The Swiss October Retail Sales will be released on December 02, giving the market a hint whether the sector extended September’s 2.5% expansion. Earlier, the country has shown results of its November Consumer Price Index which came to the delight of analysts. On a monthly basis, the indicator updated a status quo of 0.0%. Despite the non-movement, the recent result is still better than the expected -0.1% decline. Also, it incurred a 1.5% hike year-on-year. 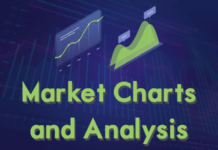 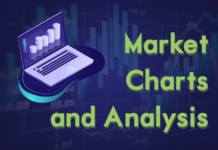