USDCNY
The United States’ housing market is showing mixed signals on its way to recovery. The October Building Permits rested in the green and came at 1.65 million. This is higher than the 1.63 million initially anticipated and fared relatively better than the previous month’s 1.58 million. The recent result shows that on a month-on-month basis, the indicator advanced by 4.0% as compared to the previous -7.8% decline. On the other hand, new houses in the country does not seem to follow on the same uptrend. Housing Starts for last month stalled to -0.7% MoM, notching only 1.52 million new additions. The recent level is lower than September’s 1.53 million record and also came as a disappointment to analysts. Experts predicted a 1.58 million result during the month. To balance off the lukewarm mood, traders are waiting for the release of the US jobless claims data. The initial unemployment benefit claimants are expected to come at 260,000, lower than last week’s 267,000. 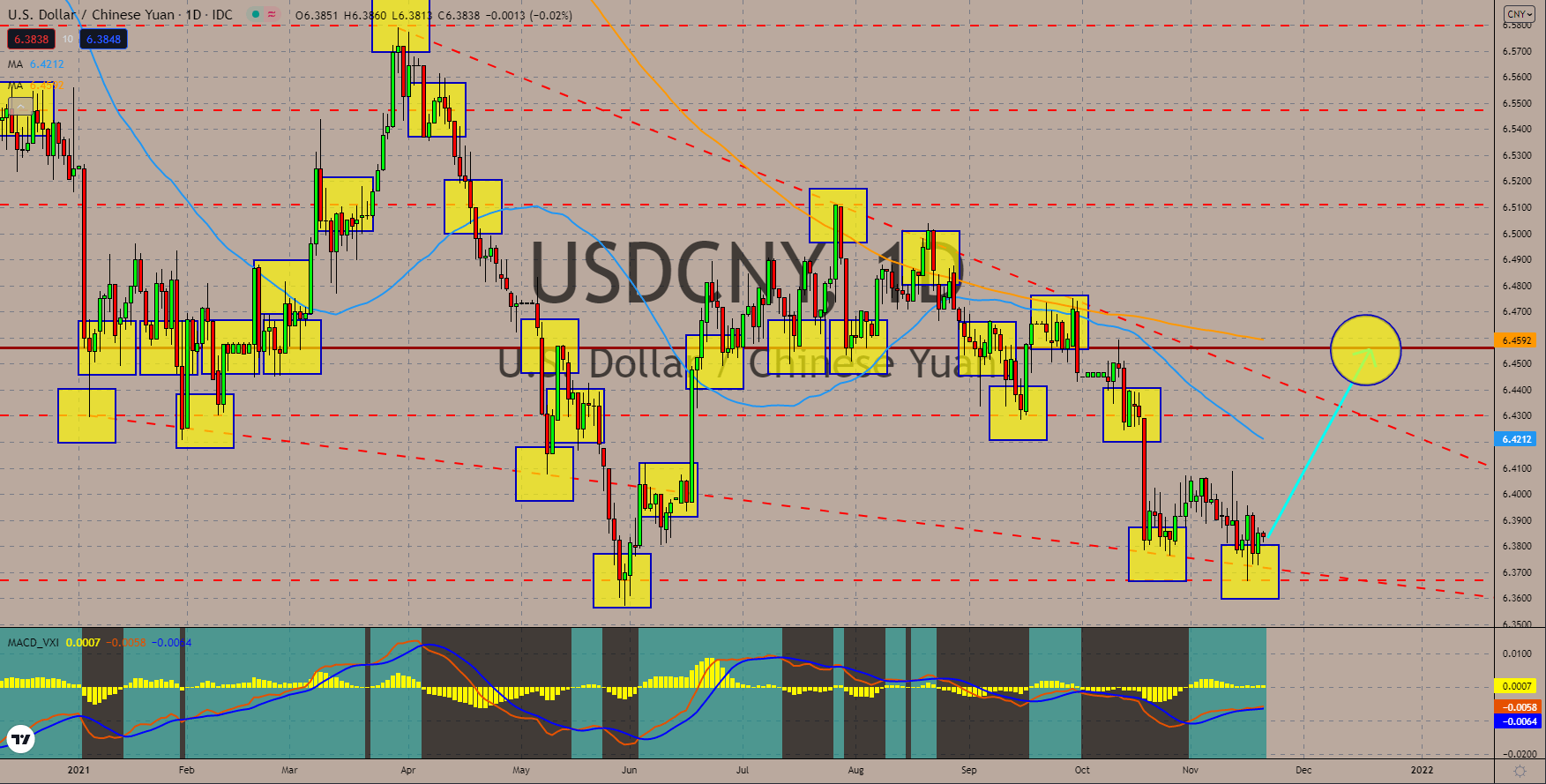 USDTRY
Turkey’s one-week Repo Rate is forecasted to ease to 15.00% from 16.00% recorded prior. The Overnight Borrowing Rate in November will be released on Thursday and has previously come at 14.50%. The Central Bank of the Republic of Turkey will update investors on the outcome of its meeting on November 18. It is looking to continue its monetary easing journey despite the surging inflation in the country. Analysts project that the monetary policy will go for another cut by 100 basis points during their latest deliberation. Should this come into reality, the move will send the country’s benchmark rates to 15.00%. This easing tactic is inverse to the current health of Turkey’s Consumer Price Index which already hit 20.00%. Since September, Turkey’s central bank has so far removed 300 basis points from the indicator. This is with the claim the current inflation problem is temporary. President Erdogan said that he will push away interest rate worries off citizens’ back. 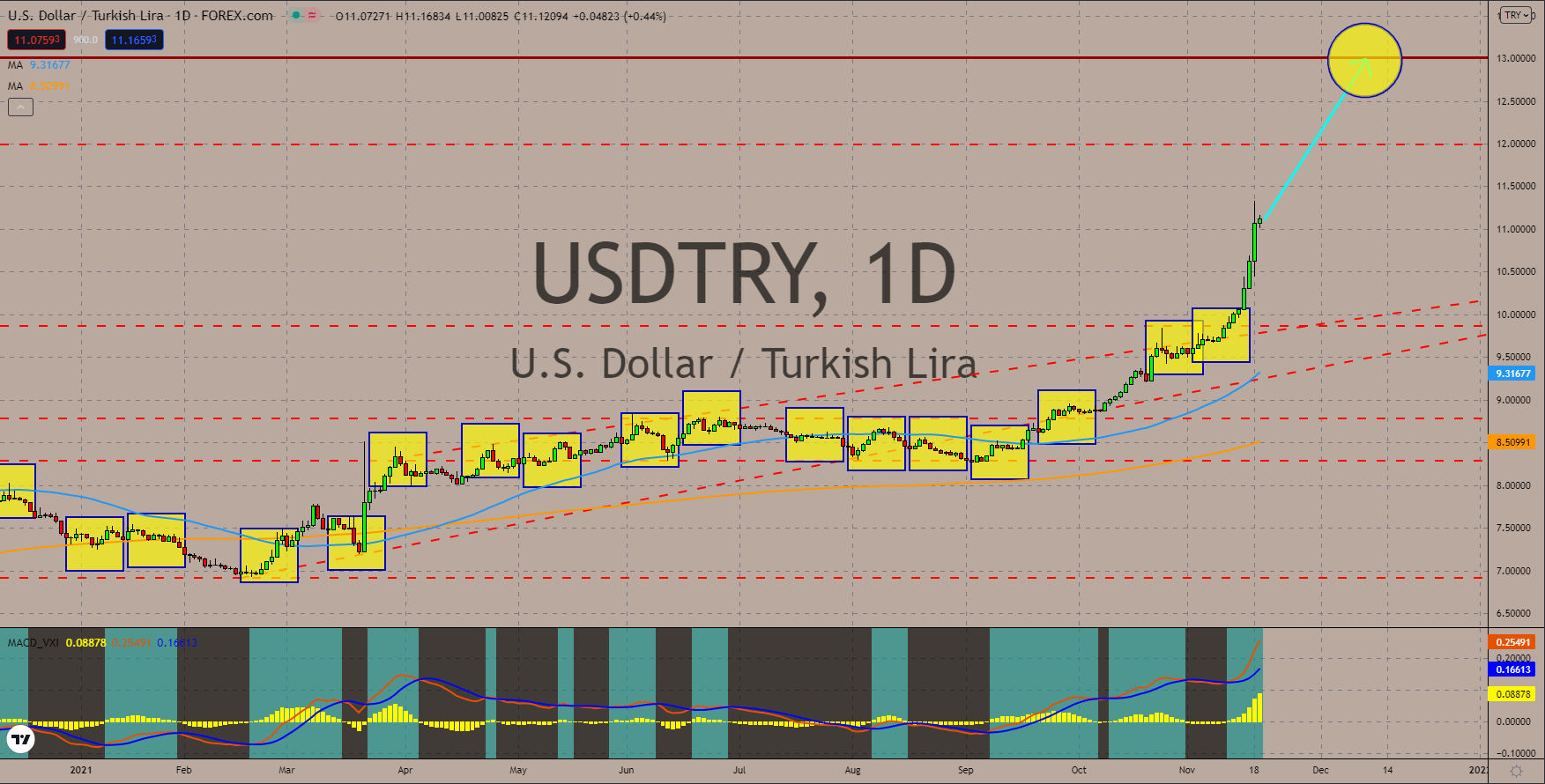 EURNZD
The Eurozone extends economic expansion during the third-quarter fiscal 2021. The bloc’s gross domestic product (GDP) during the period came at 2.2%, in line with analysts’ estimates for the quarterly timeframe. The recent pace is slightly higher than Q2’s 2.1% QoQ notch. Moreover, the yearly basis showed a 3.7% result which is yet again organic with the average consensus. In a more detailed look at the performance of individual member states, Austria led the recovery’s way after the country’s GDP hit 3.9% improvement. France and Portugal also fared well after showing 3.0% and 2.9% growth. Meanwhile, in a look at the region’s most powerful economies, Germany still rested in the green after showing a 1.8% increase. However, this pace is still far off from reaching ideal levels as the global supply chain crunch continues to weigh on the export-oriented country. Nevertheless, another of Europe’s strongman, Italy, did not disappoint with a solid 2.6% growth. 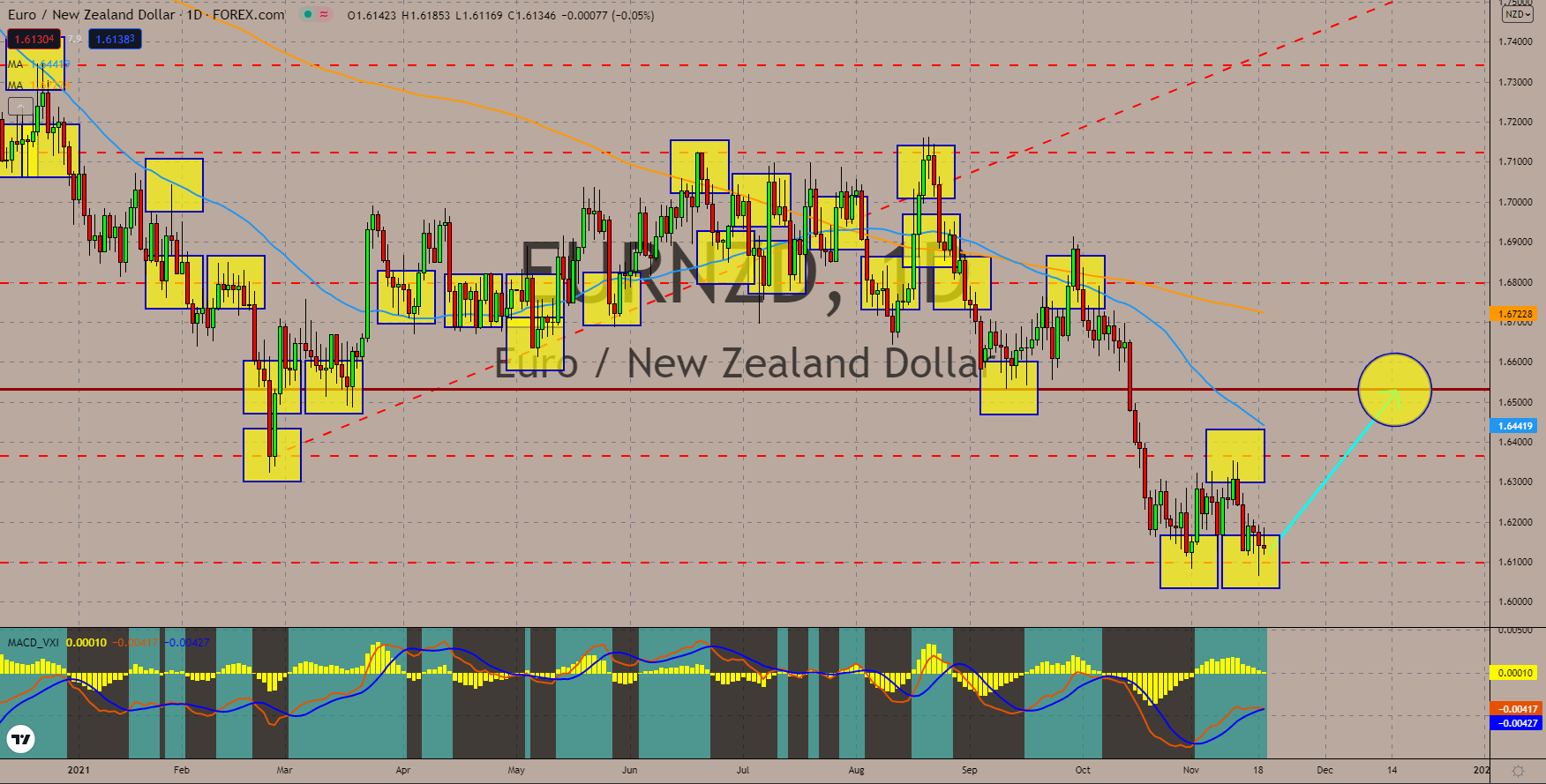 AUDNZD
The Reserve Bank of New Zealand’s survey on inflation expectations showed a hike to an all-time high. The recent data collection showed that headline inflation could hit 3.0% during the fourth quarter of 2021. This is a significant upgrade from the second quarter’s 2.3% hit. In a more detailed look at the recent result, business owners noted that the country’s Consumer Price Index for the next year could advance further to as much as 3.70%. The recent result is quite an expansion from the 3.02% recorded in August 2021. The 3.70% forecast is the highest settlement recorded by the indicator so far in the last 11 years. For the record, the Reserve Bank of New Zealand raised interest rates to 0.5% last month. This is the monetary policy’s boldest move so far in the last seven years. Analysts noted that the ongoing labor and consumer goods shortage will continue to uplift inflation over the next months. This might force the RBNZ to make another rate hike at an unexpected time. 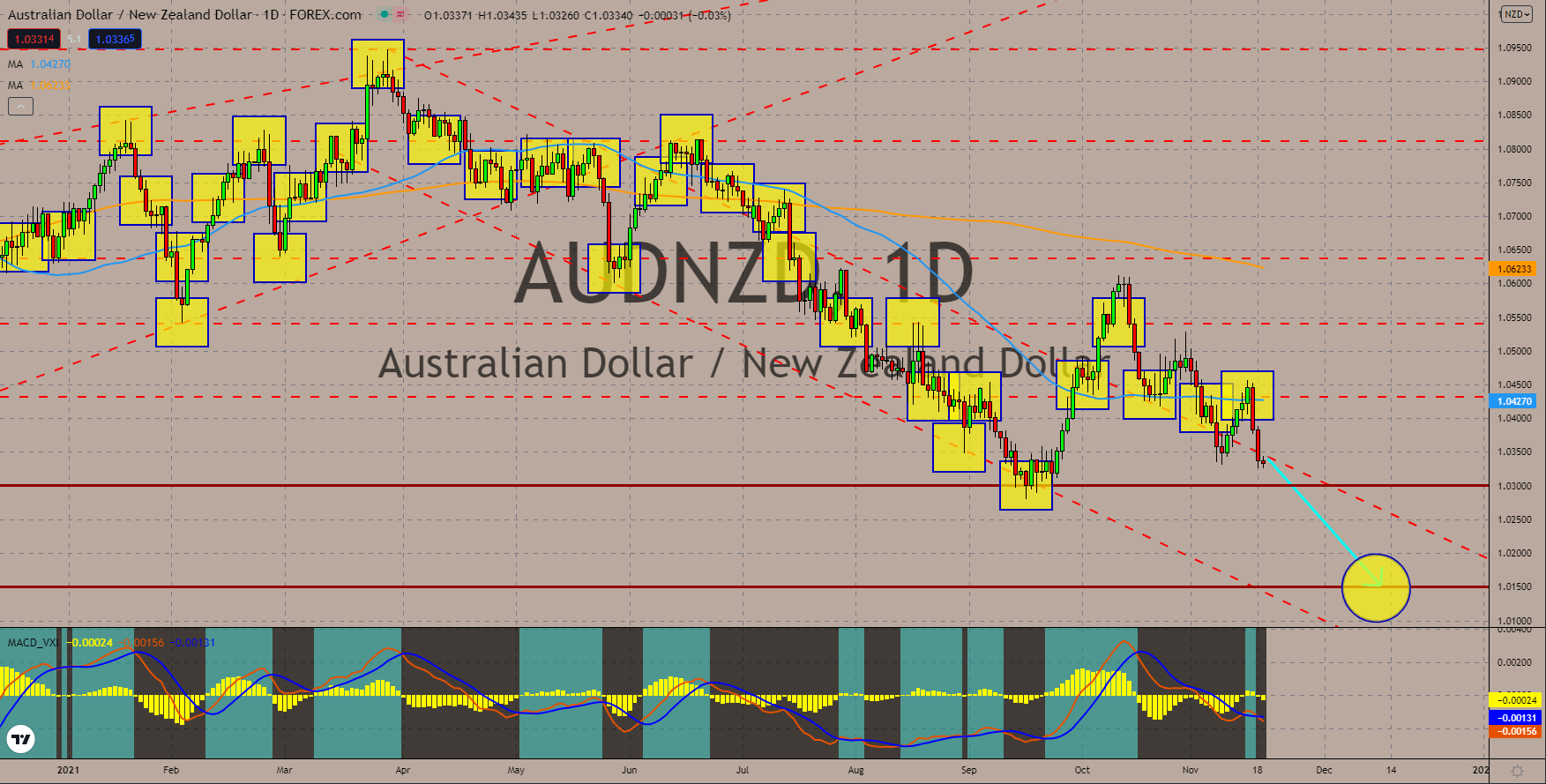 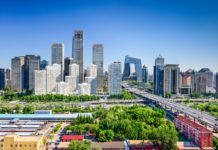