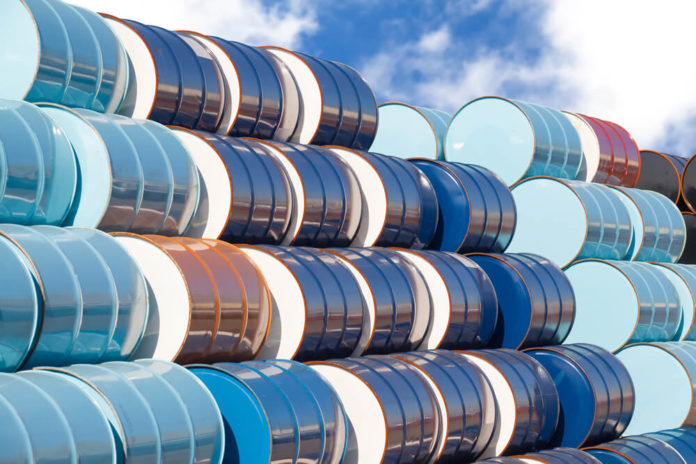 Oil and gasoline futures pulled back on Wednesday. This was a day after hitting five-month highs in commodities.

Hurricane Laura forced the shutdown of most of the Gulf of Mexico crude output. Traders thus awaited the latest figures on U.S. petroleum inventories.

Craig Erlam, senior market analyst at Oanda, noted that more than 1.5 million barrels a day are being taken offline. In anticipation of the storms, crude prices inched up.

He said that whether they will be sustained may depend on the level of damage that’s sustained. It will also depend on how long it will take the facilities to get back up and running again.

They haven’t seen as big a surge in oil prices as they may have otherwise seen. But this isn’t exactly an undersupplied market.

Reports from the National Hurricane Center on Wednesday said the forecast is now that Laura will be a catastrophic category 4 hurricane.

It’s forecast to produce a “life-threatening” storm surge, extreme winds and flash floods over Eastern Texas and Louisiana on Wednesday.

The Bureau of Safety and Environmental Enforcement estimated that companies shut 84.3% of the current oil production in the area. This was along with around 60.9% of natural-gas output shutting down.

Commodity news reports what will be in focus will be the U.S. oil inventory data. The American Petroleum Institute reported U.S. crude supplies falling by 4.5 million barrels for the week ending on Aug. 21.

Meanwhile, Crude stocks at the Cushing, Okla. storage hub, edged down by 646,000 barrels for the week.

More closely monitored inventory data from the Energy Information Administration will be released on Wednesday. Some expect the EIA data to show crude inventories falling by 4.3 million barrels last week.

This was according to analysts polled by S&P Global Platts. In energy commodities, they also forecast supply declines of 2.7 million barrels for gasoline. There was a 700,000 barrel decline in distillates.