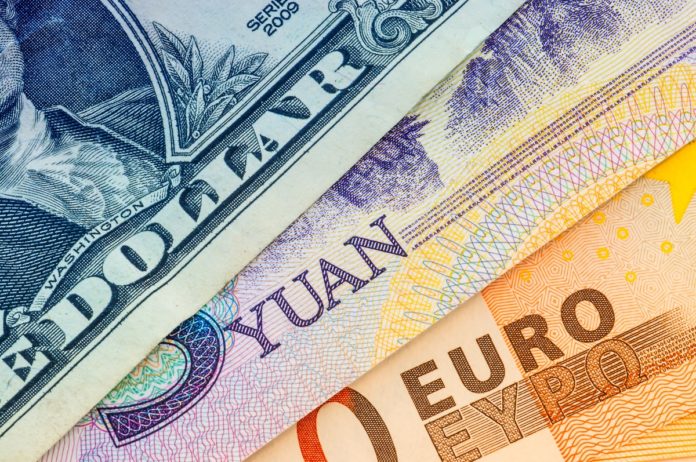 The euro continued rallying after European Union leaders agreed on a 750 billion-euro fiscal stimulus plan last week. The currency skyrocketed to a high of $1.17255 against the U.S. dollar overnight. However, it soon tumbled down below $1.17 in early London trading.

Safe-haven currencies soared against the U.S. dollar. The Japanese yen hit a four-month high versus the greenback, at 105.575. Meanwhile, the Swiss franc jumped roughly by 0.2% at 0.91855, hitting a five-year high of 0.9167 overnight.

The dollar index plummeted down overnight before stopping at 94.054, lower by 0.3%. Investors are doubtful of a fast economic recovery as coronavirus infections show no signs of slowing in the U.S.

Over the last week, unemployment claims unexpectedly surged in the country. Additionally, almost a quarter of the global total COVID-19 deaths have been in the United States, so investors have reasons to worry.

Congress hasn’t agreed on new support so far. But some of the earlier steps to lessen the financial impact are due to expire this month, among them enhanced jobless benefits.

Despite all the turmoil, the U.S. dollar steadied on Monday after collapsing to its lowest level since September 2018. Deteriorating U.S.-China relations, along with domestic economic concerns, weakened the greenback.

What do analysts say?

Michael Every, Rabobank’s global strategist, thinks that the index is skewed by major constituent pairs such as euro-dollar and dollar-yen. But some analysts have different opinions.

In the past, the greenback was able to benefit from the U.S.-Chinese trade conflict. However, this is no longer the case as what is at stake is no longer just trade – noted Commerzbank analysts Ulrich Leuchtmann and Hao Zhou.

According to them, if the dominance of the dollar in international trade and capital markets were to be reduced as a result, the greenback’s weakness at the moment would only be a very watered-down taste of things to come.

Meanwhile, U.S. Secretary of State Mike Pompeo stated that Washington and its allies must use more creative and assertive ways if they want the Chinese government to change its ways.