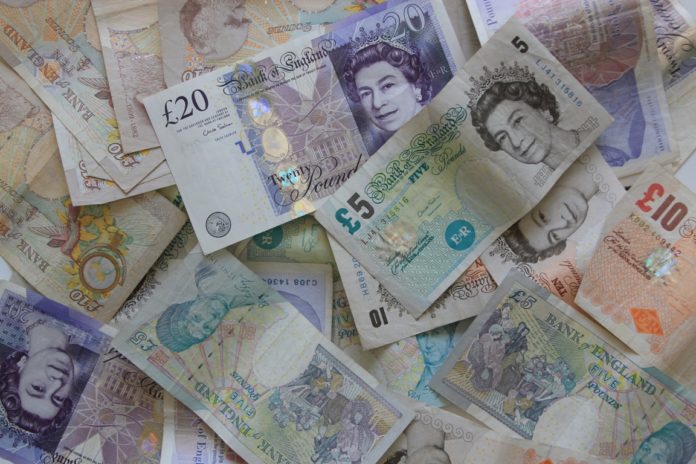 The British pound declined against the U.S. dollar, as well as against the euro on Monday. This was due to the British Prime Minister Boris Johnson’s admittance into the hospital after he had shown persistent symptoms of the coronavirus.

The sterling dropped by 0.27% to 88.39 pence against the euro, and it fell by 0.26% to $1.2242 on Monday in Asia. Investors are concerned because Britain’s constitution offers no formal deputy or caretaker who would take over if Johnson cannot continue to lead.

The U.S. dollar also lowered insignificantly after the recent rally. It fell to $1.0814 per euro but was steady at 0.9769 Swiss franc.

Despite easing slightly, the dollar remained strong against several currencies. The Mexican peso dropped by 1.6% against it, and the rouble lowered by about 1% versus the dollar. Meanwhile, the Norwegian crown declined by more than 0.3% against the greenback.

Recent data showed last week that U.S. job losses soar as the measures to fight the pandemic hurt factory activity and consumer spending. As a result, sentiment for the U.S. currency remains fragile.

What about the Chinese Yuan and Japanese Yen?

The Chinese yuan was steady at 7.1134 per dollar in the offshore market. The mainland markets were closed for a public holiday on Monday in China. The country reported only 39 new coronavirus cases on Sunday, and all of them except one were imported.

The Japanese yen, on the other hand, fell against the U.S. dollar and several other currencies. It lowered by 0.4% to 108.93 against the dollar. Yen also tumbled down against the euro, the Australian dollar, and the New Zealand dollar.

However, analysts warn that it could be bad for the yen. The Japanese currency may decline further in the coming days.