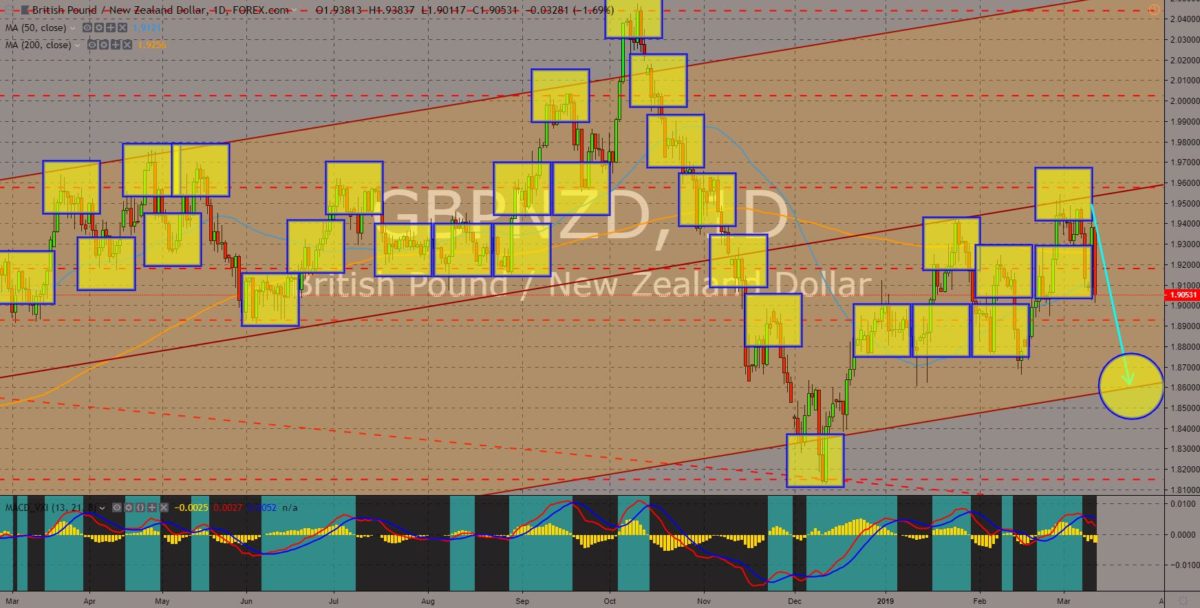 The pair will continue its steep decline after 50 MA and the downtrend channel middle resistance line stopped the pair from going up. The 90-day truce on the trade war between the United States and China expired last March 01. However, with the progress on the high-level talks between the two (2) countries continue to meet US President Donald Trump’s expectation, he extended the trade truce with no deadline announced. However, may US senators doubt that China will likely end its rivalry with the United States as China was set to overtake the United States as the largest economy in the world by 2025. The trade war also puts pressure on Trump who will seek to be re-elected on the 2020 US Presidential Election. Aside from winning the trade war against China, Trump also promised during the 2016 Presidential Election to build a wall on its border with Mexico, on which nothing had happened yet. Histogram and EMAs 13 and 21 will fall. 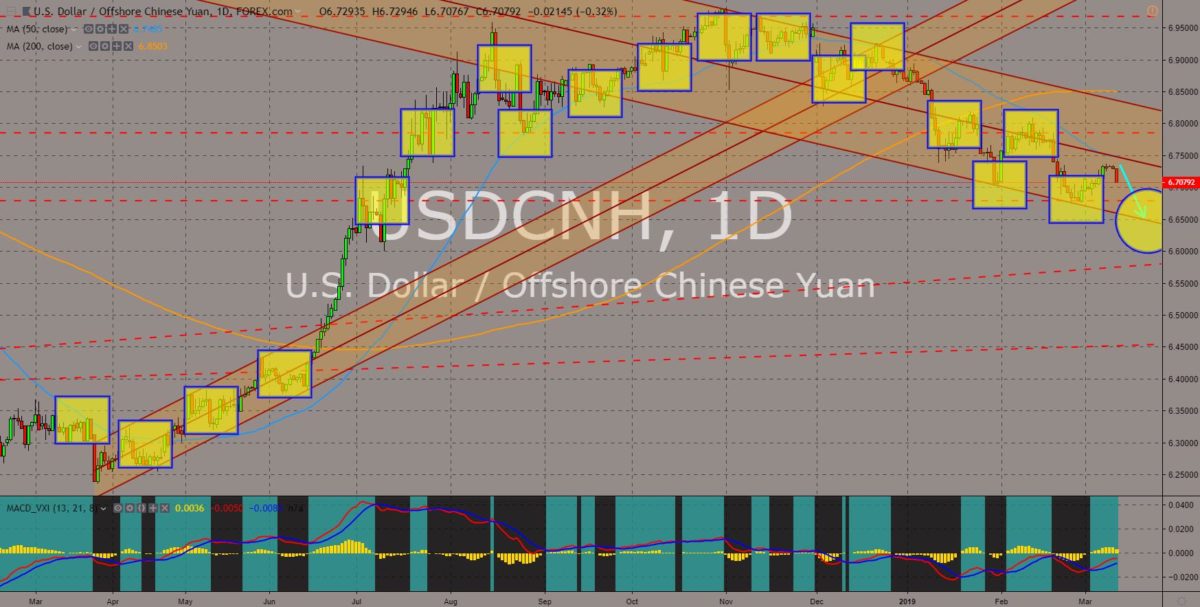 The pair was slowly consolidating upwards signaling a future rally, which will send the pair towards its 6-month high. The once luxurious geopolitical strategic country who gates the East and the West was now losing its limelight. For the first time in 10 years, Turkey entered a recession, and the people blamed Turkish President Recep Tayyip Erdogan for the turmoil. President Erdogan revised the Turkish constitution dissolving the Turkey’s parliamentary system and changed it to Presidential system. This allowed President Erdogan more power to sit people who are loyal to him on government institutions. Turkey had also threatened the West that it would side with Russia if its demand will not be given. However, the United States and the European Union found a way to counter Turkey by pressuring the country that they would withdraw selling military equipment for the country. Histogram and EMAs 13 and 21 will go up. 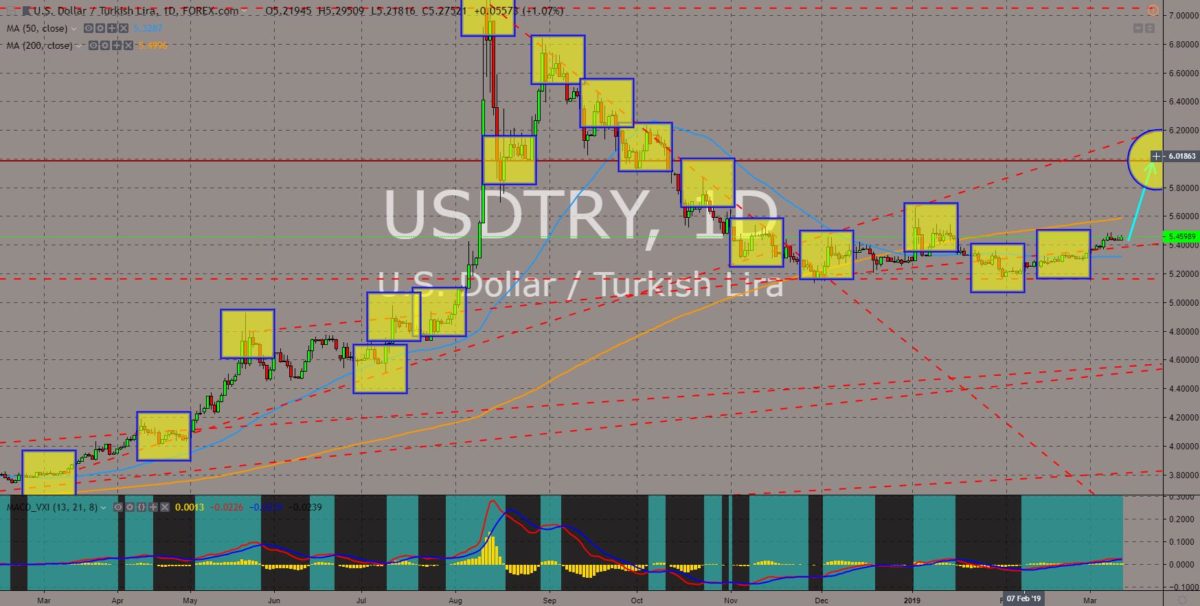 The pair was seen to break down from 50 MA after failing to bounce back from the last support line of the “Pitchfork Pattern”. The European Union was failing to strike a free trade agreement with the Mercosur, the largest trading bloc in South America, headed by Brazil. The European Union was increasing its effort to stop Brazil from looking like what US President Donald Trump had done to the United States, which was to pull out the country from major accords and pacts, with the new Brazilian President Jair Bolsonaro being dubbed as “South America’s Trump”. The European Union was also minimizing the possibility that Brazil might turn to Russia and China of the BRICS (Brazil-Russia-India-China-South Africa) and had lesser influence over the country. Histogram was slowly turning to the selling region, while EMAs 13 and 21 was expected to crossover in the following days. 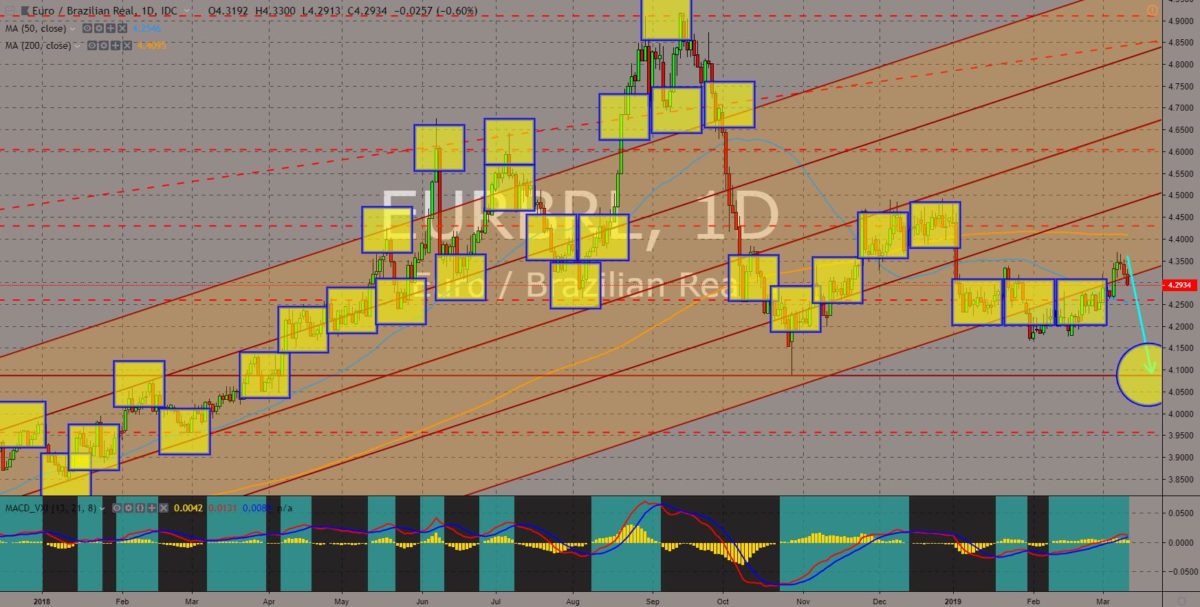