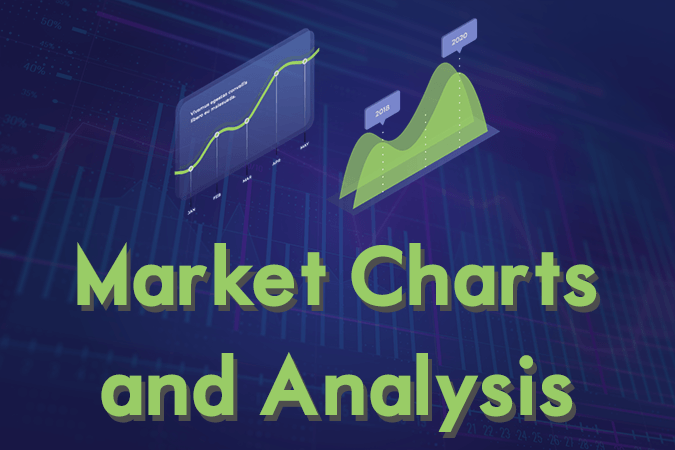 The pair is going lower on the charts, with the ruble continuing to gather strength against the dollar. The pair is now heading another support level, which if broken could lead to further bearishness on the USD side. The Russian currency is receiving some boost from the Rosstat-published data on the dynamics of the country’s GDP growth during the first quarter of the year. In the first quarter, Russian GDP grew by 0.5% in annual terms. The GDP was driven by the mining and financial sectors. Meanwhile, agriculture, trade, and non-profit sectors fell down, preventing a more dynamic growth. Russian President Vladimir Putin help talks with Chinese President XI Jinping and discussed their common adversities. This comes while the United States is waging a multi-billion dollar trade war with Beijing while imposing sanctions on Moscow. The Fed’s dovish stance has also hit the dollar, making it broadly weaker.

The pair is trading at the lower levels of the trading channel on the daily chart, with the US dollar being broadly weaker against European currencies. On the CZK side, Czech National Bank board member Oldrich Dedek says that he doesn’t see any reason to vote for an interest rate hike next week. That’s because domestic economy is slowing down while global sentiment is tilted towards easing monetary policy. Last May 2, the central bank increased interest rates, the eighth time in the past couple of years. Since the May increase, inflation has sped up to 2.9%, which is just slightly higher than the central bank’s forecast. Germany, on the other hand, slashed its growth outlook for the year by a half point. This may indicate possible trouble for the Czech exports. Meanwhile, the US dollar is weakening because of Federal Reserve indications that it was ready to cut interest rates to fight low inflation and slowing growth.

The euro is also under heavy pressure today as the euro zone government bond yields slipped, testing record lows in various cases. This comes after the Federal Reserve opened the door to interest rate cuts. The Fed has recently said that the case for interest rate cuts now has become more pronounced. Meanwhile, the Swiss franc flexes its safe haven appeal against the euro. In Switzerland, Swiss companies are reportedly considering Russia and the Eurasian Economic Union as an important market that sports high growth potential. Russia currently ranks as Switzerland’s 25th among its trading partners, according to the Head of Switzerland’s Department of Foreign Affairs, Ignazio Cassis. Meanwhile, the European Union’s sanctions against Russia over Crimea and Moscow’s retaliatory responses have had adverse effects on financial and trade cooperation, he noted.

The pair is creeping higher on the charts, continuing a bullish trend that started in May. The 50-day moving average is also creeping ever closer towards the 200-day moving average, possibly hinting at a golden cross confirmation that would reverse the death cross established in February. On the euro side, the European Central Bank maintained a cautious outlook in its latest Economic Bulletin, saying that the underlying growth momentum in the Eurozone has continued to soften since the start of the year. On the GBP side, the royal currency was still weak because of May’s UK retail sales data, which was underwhelming. The uncertainty induced by Brexit continued to weigh down on the economic outlook. On the flipside, if the Bank of England adopts a more optimistic tone, a rally could be seen in favor of the GBP. Should policymakers decide to increase rates in the coming months, this would boost the GBP.

For more news updates visit our homepage now and see our latest news article. Want to learn more about trading? Visit our education page now and learn for FREE!