A powerful tornado crashed through Nashville, Tennessee and surrounding areas on Monday, tearing the county apart. Facilities working for Dell were part of the devastating tragedy.

Dell operates corporate offices and managing multiple fulfillment centers outside the region. The computer company confirmed multiple partner facilities were damaged in the storm, although some Nashville offices were intact.

Mount Juliet, where some of the tech company’s facilities reside, winds were over 155 miles per hour.

Furthermore, multiple centers run by Ceva Logistics were damaged in the tragedy. This could potentially damage Dell’s supply chain, which could domino into its retail volume through other cities.

In 1999, Nashville, Tennessee offered Dell a 140-acre property valued at $6.5 million with tax abatement lasting 40 years. The abatement’s validity would only remain if jobs were kept above 1,500.

The company has 1,750 employees in Nashville after the company’s jobs fell short of its initial 3,000 target made that year. An executive site manager, Eric Coffey, called the Nashville office the “most significant tech footprint in Middle Tennessee.”

Davidson County also gained 3,000 Dell jobs, $100 million in facility spending, and $240 million in wages for five years. A study in the University of Tennessee estimated its economic impact of around $690 million and 8.000 indirect jobs.

Jobs boosted to 3,400 employees by 2001, attracting suppliers into the area. All Dell manufacturing moved to Wilson County in 2002.

The company struggled with a market share in 2013, becoming private following a massive buyout. Jobs fell below the 1,500 target, which declined to 1,100 in 2016.

Dell says it contributed to nearly 5,900 additional Tennessee jobs including suppliers, contract workers, and third-party vendors. Furthermore, it had a philanthropic contribution of $625,000 achieved in 2018.

Mayor David Briley’s spokesman Thomas Mulgrew acknowledged the company’s presence as a helper for its diverse, thriving business. It was one of the first major international corporations to invest in its success, eventually bringing in significant job opportunities.

There were only a handful of companies that jump-started the city’s business sector, which makes it more visible. Long-time government officials backed. 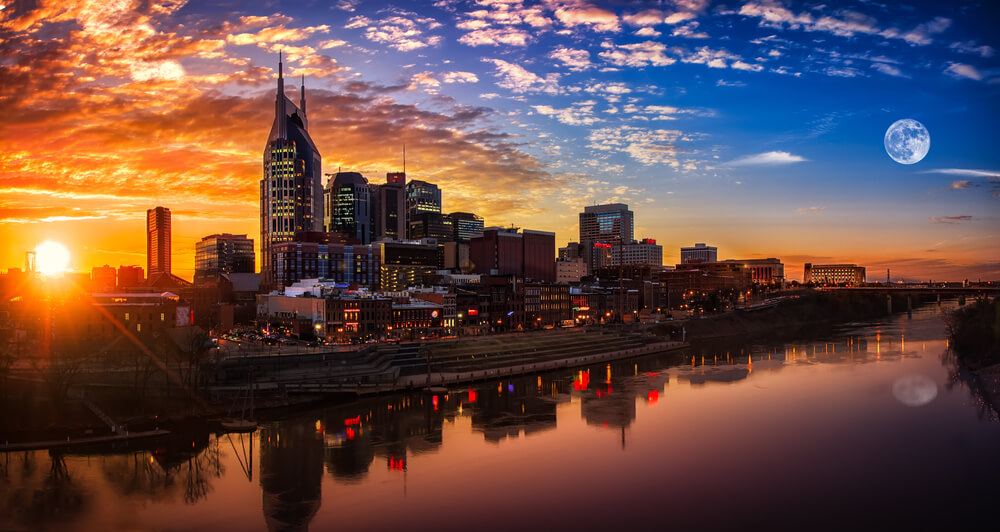 Reports claimed the Middle Tennessee tornado was around the EF-3 scale, which is estimated around 136-165 mph. The National Weather Service found evidence of 155-160 mph winds in Mount Juliet and 160-165 mph in Donelson.

The tornado began passing through downtown Nashville around 1 AM, traveling almost identical to the East Nashville tornado in 1998.

John C. Tune Airport suffered the most damage due to planes in the area, which rested in West Nashville. Centennial Blvd and Briley Parkway were also in the same parts.

The storm cut off almost 47,000 people’s power in Middle Tennessee. From 9 confirmed deaths last night, the number rose to at least 24 this morning.