Representatives from the United States and China are resuming trade talks regarding the prolonged tariff dispute between the two. The US officials personally traveled to Shanghai, China to meet Chinese representatives.

The decision to fly to China came after a positive trade talk over the phone by the representatives.

Liu along with the two US officials, Mnuchin and Lighthizer appeared in front of the press and photographers before proceeding to the meeting.

Representatives from the two economic giants met on Wednesday morning at the Xijao State Guest Hotel. The 5-star hotel is the largest garden house in Shanghai and is located in the western district of the city.

The US team is compromised by five (5) delegates and the Chinese team has six (6) members.

Stakes are high for a promising conclusion; the economies of both countries and the global economic outlook are depending on the outcome.

The much-awaited meeting is the first face to face talk after the G20 summit in Osaka, Japan. During the group of 20 meetings, the United States President Donald Trump and Chinese President Xi Jinping called a trade truce.

After the summit, Trump told reporters about the truce, saying that the US will ease on Huawei sanctions and China will purchase US agricultural goods.

The meeting comes as the US Federal Reserve prepares to cut interest rates and the weakening Chinese factory data.

The economies of both countries and the world continued to get damages from the dispute. Traders and investors from all around the globe are crossing their fingers for a good outcome. 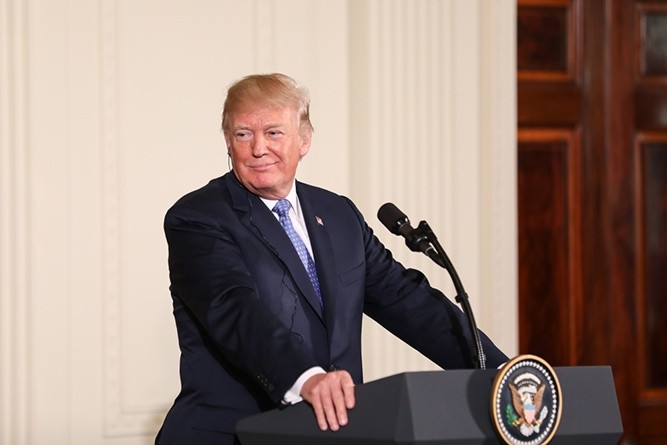 Moments before the high-profile trade negotiations, the United States President lashed out backlash against China on Twitter.

The 45th leader of the US is known for his random outburst on the social media platform. The head of the US posted a thread on Twitter targeting China.

Trump said on Twitter that China is doing poorly, its worst moves in 27 years. The President said that Beijing does not come through with their promises, siting the promise or purchasing agricultural goods.

Donald Trump boasted that the US economy is doing far better than China who continued to get weaker from recent reports.

The President also warned China about the 2020 US Presidential election. According to Trump, China should not wait to hold the deal because if he wins again a no-deal is probable.

Trump has been gearing for reelection in 2020 and some traders are concerned if that comes to reality.

The US on Japan-South Korea Dispute

Tariffs are looking hot in the global dispute playbook. Aside from the trade conflict by the two of the largest economies in the world, other countries have also arranged tariffs for their geopolitical rivals.

The US-China may have given detrimental blows to the world economy, but another trade conflict in Asia is also brewing. The Japanese and South Korean tit-for-tat tariffs have also worried Asian traders and investors.

The United States suggests a standstill agreement for the ongoing tariff dispute between Japan and South Korea on Tuesday.

An official from the US reportedly told the press that the temporary agreement could give time for the two Asian giants to negotiate.

The US President himself said last he wants to aid ease tensions between the two. Both South Korea and Japan are the biggest allies of the United States in Asia.

Washington is closely monitoring the trade conflict. A deadline of Aug. 24 was given to both countries to reconcile to an intelligence-sharing agreement.