People all over the world are trying to adapt to the new reality, as coronavirus created problems for billions of people. Local and state governments tried to tackle the pandemic by imposing strict measures. As a reminder, China has the second-largest economy in the world. However, even for an economic superpower, it is not an easy task to stabilize the situation. Stock markets in Asia are struggling to adjust to the everchanging environment.

Last week, China’s National Bureau of Statistics, released information about the. country’s industrial profits. Based on this data, profits for January-February fell 38.3% year-on-year.

It makes sense, as the period covered by the data release coincided with strict measures taken by the country’s government to contain the spread of the virus. The first quarter of 2020 will be one of the worst if not the worst quarter in decades. The country’s government is working hard to minimize the damage caused by the pandemic. However, it won’t be easy to convince local and foreign investors that everything is under control. Thus, stock markets not only in China but across the region have to deal with uncertainty. 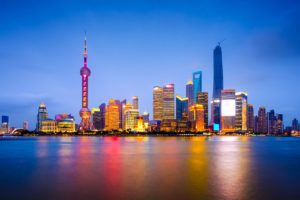 Hopefully, stock markets in Japan, as well as South Korea, strengthened their positions.

Last but not least, it will take to analyze the situation. However, if China’s economy fails to get back on track this would affect the stock markets in the long run.