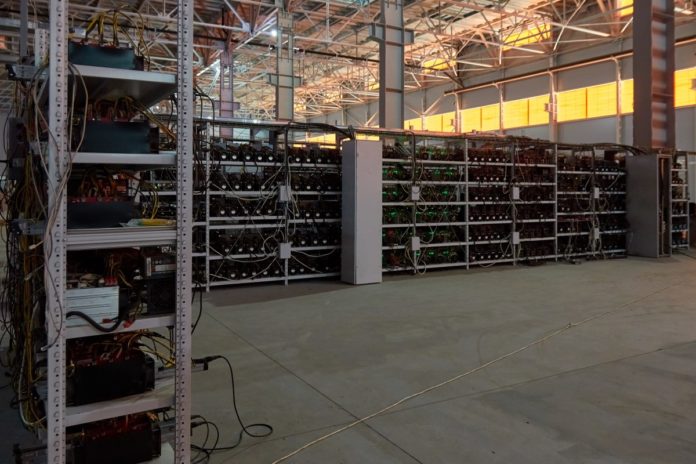 Bitmain, a Chinese mining hardware company, will bring 56,000 of its latest Antminers to Georgia in the United States’ southeastern region.

The surge of mining rigs results from a collaboration between the Nevada-based tech firm ISW Holdings, the crypto mining datacenter Bit5ive, and Bitmain. According to ISW, the entire cost of the hardware deployment will be roughly $62 million. Monthly revenue will be $10 million predicted when operating at total capacity.

The new miners will utilize up to 200 megawatts of electricity when fully operational in October 2022 at a BlockQuarry site in Georgia called “POD-CITY”. According to the release, ISW expects the first 20 MW of power to be operational by October next month. Bit5ive will create “BLOQPODS” that will group into “BLOQPARKS” run by BlockQuarry. Each pod contains 280 Bitmain Antminers, resulting in a hash rate of 28,000 “Terahashes” per second. ISW Holdings already operates 700 miners at a Bit5ive-managed site in Pennsylvania, including Bitmain Antminer S17s, S19s, and Canaan Avalons.

After surging through August, the prices of Bitcoin and other cryptocurrencies have swung wildly. This week, the bitcoin price reached a high of $52,000 per bitcoin before plummeting to roughly $42,000. The cost of ethereum, the second-largest cryptocurrency behind bitcoin, approached all-time highs this week before sliding down.

Now, the U.K.-based banking behemoth Standard Chartered has made a bitcoin and ethereum price prediction. It predicts that bitcoin will triple from its present levels, and ethereum will increase by a factor of ten. In research obtained by The Block, analysts at the bank anticipated that bitcoin’s price would triple, with a price range of $50,000 to $175,000 per bitcoin. Ethereum’s price would rise tenfold, with a price target of $26,000 to $35,000 per ether. The bank believes that ethereum will eventually outperform bitcoin in terms of the total value.

In other words, while prospective rewards for ethereum may be larger than for bitcoin, risks are also higher, the bank’s team explained. The current price reflects both the relative complexity of ethereum and the uncertainty surrounding Ethereum’s development.

Standard Chartered also anticipates that ethereum will gain from the network’s eventual upgrade to ethereum 2.0. It began last year and has intended to help the network scale, expand functionality, and improve efficiency. The long-awaited improvement does not expect to finish until at least 2022. Meanwhile, this week’s research found the demand for ethereum and other minor cryptocurrencies, known as altcoins. It is growing faster than the demand for bitcoin.

“There is no doubt that altcoins are becoming a lot more popular,” said Mark Hipperson, founder, and CEO of the U.K.-based crypto and cash app Ziglu, in a statement. Altcoins accounted for far over four-fifths of all cryptocurrency purchases in August.