Home Cryptocurrencies Ethereum Pave the Path for a $100,000 Bitcoin 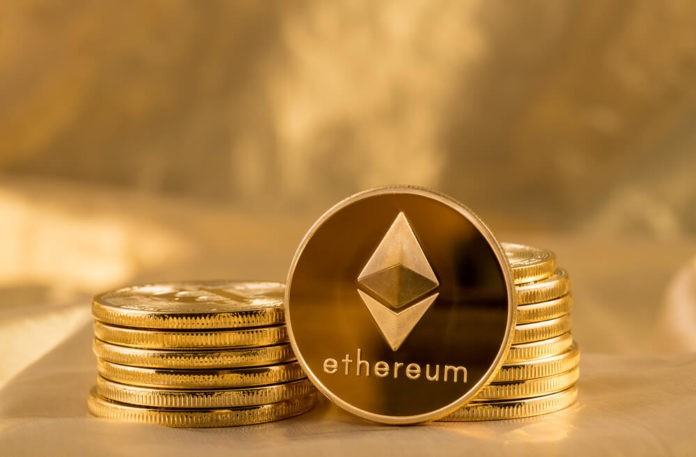 Ether (ETH) has eclipsed Bitcoin (BTC), gaining more than 320 percent to BTC’s 54% in terms of year-to-date market performance. Bitcoin’s gains may eventually catch up with Ether’s, boosting its per-unit price past $100,000.

If Bitcoin matches Ethereum’s performance this year, the top cryptocurrency’s price will exceed $100,000. The expert tweeted on August 9 as the BTC price broke above $46,000.

While McGlone did not elaborate on the causes that would cause Bitcoin to match Ethereum’s yearly gains, his previous study on cryptocurrencies mentioned a few catalysts. That might catapult the benchmark cryptocurrency’s values into the six-figure club.

Dollars waiting on the sidelines

Bitcoin advocates believe the currency can compete with the US dollar as a global reserve asset. One primary reason is the cryptocurrency’s fixed supply cap. Supporters claim it makes it more sound money than the US dollar (the Federal Reserve alone will issue $3.1 trillion in 2020).

As a result, Bitcoin closed last year 260 per cent higher. It indicated that investors saw it as a hedge against dollar-led inflation. Goldman Sachs also noted pent-up demand for Bitcoin among institutional investors. This includes pension funds, global sovereign wealth funds, and foundations, in its survey earlier in 2021. Nonetheless, despite having trillions of dollars in reserves, a lack of clear crypto legislation prevented authorized investors from investing in the Bitcoin market.

A regulated Bitcoin exchange-traded fund, according to Autonomous Capital Management analysts, would drive institutional Bitcoin adoption. Furthermore, they added that while investors consider Bitcoin a very volatile asset, its lack of correlation to traditional risk characteristics will be music to their ears.

Despite its Wall Street acceptance chances, Bitcoin’s dominance declined significantly after peaking at roughly 73 per cent in December 2020. It is now 47.17 per cent, showing that traders’ capital shifted to other digital assets.

Ethereum, in particular, has reaped the most significant benefits from Bitcoin’s decreasing dominance index. Its share cryptocurrency market has risen from 10.06 per cent in December 2020 to 20.05 per cent at the time of writing. The proliferation of non-fungible tokens (NFT), digital files whose uniqueness and a public ledger can verify scarcity, has aided Ether’s rise to dominance.

Furthermore, a surge in the decentralized finance area, which includes lending, borrowing, and other financial services built on the Ethereum blockchain, has increased Ether adoption of Ether among crypto masses. Ethereum engineers are also working on scaling the blockchain. On August 5, Ethereum changed its software using a so-called London hard fork to become a full-fledged Proof-of-Stake protocol eventually.

The update also included deflationary constraints on supply and an improvement proposal, EIP-1559, with a charge reduction feature. EIP-1559 authorized the removal of $2 million worth of Ether tokens on the first day alone. According to data retrieved from the website Ultrasound Money on Monday, the function burned around $5.5 million in ETH.