The European Union has one of the largest economies in the world. It is not surprising that crypto adoption is important for the future of cryptocurrencies. However, last week, EU Finance ministers released a statement that once more underlines that it won’t be easy to convince EU authorities.

EU ministers made it clear that no global international stablecoin arrangement should begin operation in the European Union without accessing legal as well as other issues.

It is important to remember that stablecoins are digital currencies such as Libra. Traditional money and other securities usually back such currencies. Crypto coins like Bitcoin are not. Nevertheless, both are cryptocurrencies.

Moreover, EU ministers said they could consider EU rules. These rules should regulate crypto-assets and stablecoins as part of a global plan.

It is worth mentioning that the EU is home to more than 500 million people. Cryptocurrencies will help to develop the economy. 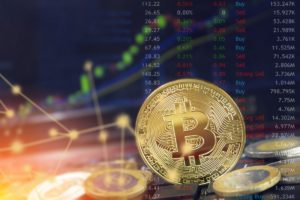 Let’s have at the price of cryptocurrencies on Friday. On December 6, Bitcoin was unable to strengthen its position as the price declined below $7,300 against the U.S. Dollar. Additionally, Bitcoin broke the $7,200 support area. Hopefully, the price remained above the $7,000 support area.

Ethereum is the second-largest cryptocurrency in the market. Ethereum’s price decreased from the $152 resistance area as it lost most gains against the U.S. dollar.

However, the price remained above the $144 support area. The price surpassed the $146 resistance area.

PrevPreviousDaily Market Charts and Analysis December 09, 2019
NextWhat’s Ahead for the Pound Currency in the FX MarketNext