U.S. carmaker General Motors made the decision to discontinue the iconic Holden brand. On Sunday, the Detroit automaker announced that it would gradually close its sales, design and engineering operation Australia and New Zealand. Moreover, it will discontinue its Holden brand by 2021. Interestingly, the Holden brand dates back to the 19th century.

As a result, the carmaker expects to take a $1.1 billion financial hit from the retreat. Out of $1.1 billion, roughly $300 million will be a cash loss.

This is not the first decision connected with Australia. In 2013, GM announced that it would no longer make cars in the country. Thus, automaker joined a long list of major automakers that made a similar decision.

GM produced the final Australian-made vehicle in October 2017. According to the company, it is trying to save costs and the company working in this direction for years. The current CEO Marry Barra is on a mission to remake General Motor. She became chief executive in 2014.

Barra invested heavily to boost the automaker’s presence in China. Moreover, under Barra, General Motors shifted its focus emerging technologies such as self-driving vehicles and car-sharing. 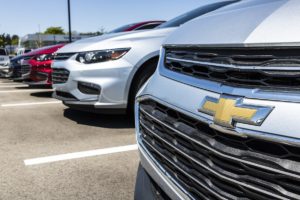 The famous carmaker is continuing a years-long restructuring and this way company will be able to focus on high-profit markets such as China and North America.

In 2017, General Motors sold European brands Opel and Vauxhall to PSA Group for about $1.4 billion.

Moreover, that year it also restructured its operations in India and South Africa. The company made the decision to pull the Chevrolet brand out of both markets. Moreover, GM switched its manufacturing facilities in India to make vehicles for export.

In 2018, the Detroit automaker transferred its Vietnamese operations, including its factory and dealership network to local automaker VinFast.

According to the company, it would prioritize markets where it has the opportunity to achieve significant results. General Motors mentioned South America as well as the Middle East and South Korea.

Last but not least, the announcement came more than two years after GM ended vehicle manufacturing in Australia. Many executives used to work in Australia. For example, General Motors President Mark Reuss once served as chairman and managing director of Holden. Also, GM’s vice president of global design Michael Simcoe used to work on Holden vehicles.

PrevPreviousJapanese yen fell against the U.S. dollar. What about euro?
NextSamsung May Become One of the Biggest Drivers of BitcoinNext