How Long It Will Take to Receive Unemployment Check

Home » How Long It Will Take to Receive Unemployment Check

The coronavirus pandemic created a lot of problems for the U.S. economy. Once a thriving economy is struggling to cope with numerous challenges. Millions of Americans lost their jobs since the beginning of coronavirus pandemic. A historic $2.2 trillion coronavirus relief package expanded unemployment benefits in several ways, partly by increasing jobless pay by $600 a week.

It is worth mentioning that, money provided as part of the rescue package comes in addition to any weekly benefits Americans receive thanks to the state’s unemployment framework. Nevertheless, everything is not so easy. For example, those $600 payments which are available through July are delayed in some states.

Also, some states decided to pay the money provided by the federal government separately from traditional state benefits. As a result, unemployment checks may seem less impressive than anticipated by some people.

Moreover, according to the state’s unemployment website, there may be a gap between the two checks. It makes sense as it takes more time to complete all necessary steps until a jobless person will receive his or her check. 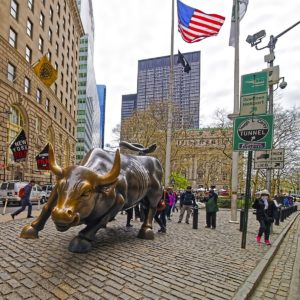 As stated above, millions of Americans lost their jobs. Over the past several weeks 26 million Americans applied for the unemployment insurance.
For instance, Hawaii which experienced the biggest jump in unemployment claims relative to the size of its workforce is also lagging when it comes to sending the payments. Officials are working as hard as possible to update the technology to ensure that everyone eligible will receive the check.

States across the country are struggling to process the record number of claims. Moreover, officials also had to determine how to implement the unemployment framework legislated by the CARES Act.

People should take into account that while the federal government is paying a flat $600 to eligible jobless workers, it is up to the states to decide many details. For example, states have the authority to decide how much and for how long people who lost their jobs can collect via their state systems.

Moreover, some states already started to distribute unemployment checks. Also, the good news is most if not all the states are automatically sending $600 to eligible Americans. As a result, they do now have to reapply for the federal payments.