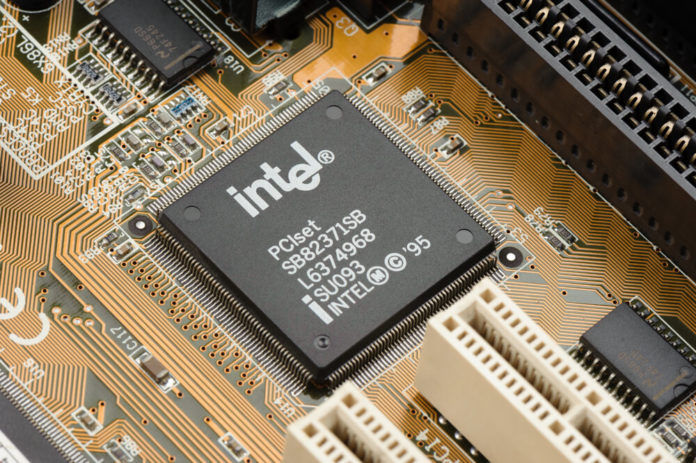 On Tuesday, Intel Corp revealed its latest processor. This will be it’s first that uses artificial intelligence (AI) and is capable of managing large computing centers.

The company intends to meet the growing high-speed computing and robotics demand.

The chipmaker showcased the Nervana neural network processors, with the NNP-T for training and the NNP-I for inference.

The launch happened at the “Hot Chips 2019” conference at Stanford University in California on Tuesday.

Intel Vice President and General Manager at the Artificial Intelligence Products Group, Naveen Rao, said, “To get to a future state of ‘AI everywhere,” we’ll need to address the data being generated and ensure enterprises are empowered.

In addition, “This is to make use of their data, processing it where it’s collected and making smarter use of their upstream resources.”

These are training a network as fast as possible and doing it within an assumed power budget.

Intel stated that the deep learning training processor consists of flexibility in mind, outstanding balance with computing, communication, and memory.

Intel Nervana NNP-I, or Springhill, is purpose-built for inference and will quicken deep learning deployment at scale.

Rao indicated that the data centers and the cloud need to have access to scalable general-purpose computing and functional acceleration for complex AI applications.

In other news, over the last couple of months, Intel stock price has been under pressure amid intensifying competition from AMD.

INTC shares dropped from 52-weeks high of $58 at the beginning of the second quarter to $46 at present.

Investors have confidence in the three innovative products from AMD that they could provide a significant market share from Intel.

Oppenheimer’s Richard Schafer said, “The $1B sale of the smartphone modem business to Apple removes an EPS/FCF drag on Intel.”

In addition, “However, it won’t be accretive since any cost savings will go towards pulling in 7nm/10nm investments to prevent further share loss.”

Some other market specialists such as Credit Suisse’s John Pitze believe that Intel shares following the recent selloff.

Pitze claims that Intel stock price losses are controllable amid increased R&D spent along with other driving factors such as AI and machine learning.

Meanwhile, BofAML has grown INTC price target from $57 to $62 and SunTrust upstretched its goal to $58 from $54.

Although its revenue of $16.51 billion declined 3% from a year ago, the revenue improved from the previous quarter.

Its Q2 revenue of $8.84 billion from the most significant business segment, the Client Computing Group, has defeated analysts’ consensus estimate of $8.13 billion.

The data center revenue of $4.98 billion rose from analysts’ estimates of $4.89 billion.