Lebanon Will Default on Foreign Debt

On Saturday, Lebanon declared that it couldn’t pay forthcoming maturities. The first part of which is a $1.2 billion bond, the country was supposed to pay on Monday. Moreover, the country’s prime minister Hassan Diab called for fair restructuring negotiations.

Based on a source familiar with this topic, negotiations between Lebanon bondholders are expected to begin in about two weeks.

Importantly, the default will mark a new phase in a crisis that had a tremendous impact on the local economy. For example, Lebanon is struggling to deal with unemployment and unrest. Moreover, since October country’s currency lost 40% of its value.

Moreover, the financial crisis is seen as the biggest risk to Lebanon’s stability since the end of the 1975-1990 civil war.

Prime minister explained his position regarding the foreign debt in a televised speech. According to Hassan Diab, foreign currency reserves fell to a critical level and were needed for basic imports. As a result, Lebanon suspended the March payment. 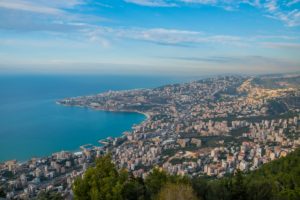 The country’s one of the main parties that backs the government supported this decision. According to the Free Patriotic Movement, thanks to this decision, it will be possible to reduce the size of the public debt.

Last year, the financial crisis came to a head due to problems connected with capital inflows as well as protests.

Furthermore, the government is waiting for the position of Eurobond holders. According to the country’s economy, minister creditors may initiate legal cases against the central but would not win.

Currently, Lebanon has some $31 billion in dollar bonds that the state wants to restructure.

Hopefully, the country’s banks big holders of the debt are ready to talk with foreign creditors.

Interestingly, foreign states that aided in the past remain silent. Western governments insist Beirut first has to cope with corruption, and only after that, they will think about the financial aid.

Moreover, according to some analysts, the only way to solve the debt crisis is to secure financial support through an International Monetary Fund program.