Mastercard’s CEO and His Position Regarding the Libra

Home » Mastercard’s CEO and His Position Regarding the Libra

Less than one year ago, in June 2019, Facebook presented its cryptocurrency project Libra. The list of partners that agree to participate in the development of the blockchain network included many famous companies.

Libra association was created to develop and distribute Libra. One explanation of why they decided to create this association was to comply with regulations; otherwise, Facebook could violate antitrust laws. In total 30 companies decided to take part in this project.

However, many politicians, as well as regulators, made it clear that they are against this project. U.S. President Donald Trump also commented on this topic. The negative comments created bad publicity for the Libra association.

As a result, during the second half of 2019, PayPal, as well as Visa and Mastercard, left the association. This a huge problem for the project as some of the most important names left the project. Moreover, British telecom provider Vodafone also changed its decision and it also plans to leave the association.

Libra and its challenges 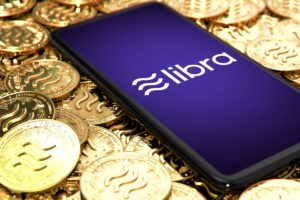 Mastercard’s CEO, Ajay Banga, became the first executive of an ex-Libra partner company to explain his decision regarding this project.

According to Banga, in the beginning, he supported this project as he likes the idea of a global currency. However, due to concerns over the regulatory compliance of Libra and the business model, he decided to withdraw from the project.

Moreover, he mentioned the risks connected with regulations. Banga stated that Libra is not enforcing Know Your Customer (KYC) AML and data management protocol.

The CEO of Mastercard also mentioned another drawback of the project. According to Banga, Libra’s model for making money does not make sense; he did not specify details. However, most likely, he was referring to the high barrier of entry of a purported $10 million for becoming a Libra partner. Also, this may refer to the maintenance cost of network nodes and servers.