South Korea’s Economic Growth at Risk Due to Export Curbs

Heightening global trade tensions seems to be in trend as the United States and China trade dispute continues to loom. And in the east, two Asian economic giants are giving tit-for-tat tariffs – South Korea and Japan.

Tariffs have seemed to be hot in political and trade playbooks.

Trade tensions between both countries have escalated in the previous month. It continues to cast fears amongst traders and investors in the east. The global manufacturing supply chain for the semiconductor industry is one of the sectors that felt the clash.

On Tuesday, the central bank of South Korea said that the restriction of some export goods from Japan weighs on the country’s economy.

The bank gave three main risks to the Republic of South Korea. They are the Sino-US trade negotiations, the recovery speed of the semiconductor industry, and the Japanese export curbs.

Despite worries, experts are expecting that the country’s economic rate will grow in the second quarter of 2019, an improvement from the first quarter.

South Korea’s economic growth in the first quarter surprisingly declined, its primary cause is government spending. The country is currently Asia’s fourth-biggest economy.

South Korea’s economy will likely expand by 1.0% in the second quarter (April to June). The forecast was made through a survey among 12 South Korean economists, ranging between 0.0% to 1.3%.

The economic readings in the first quarter (January to March) showed a contraction of 0.4%.

In spite of the improvement in the second-quarter forecast, the continuous private-sector spending depression still weighs the country’s growth. The spending is due to the prolonged trade war between Washington and Beijing. It has weighed on global economic growth and demand. 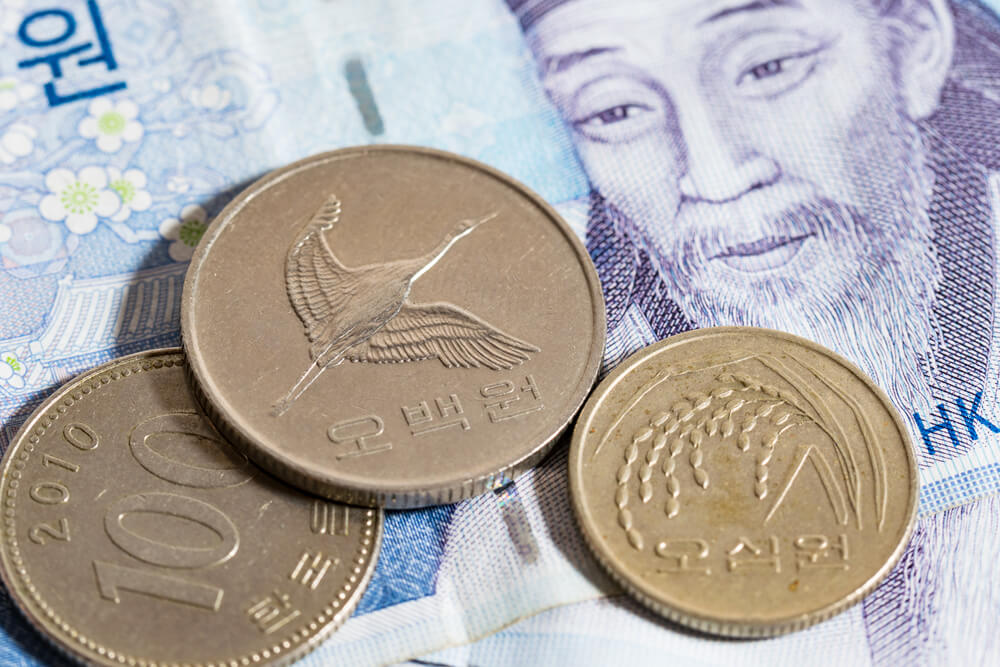 The central bank of South Korea made unexpected interest rate cuts last week. All while reducing 2019 growth expectations to 2.2% – the weakest in over ten years, amidst all fundamentals in the economy.

Lee Ju-yeol, governor of the Bank of Korea, was scheduled to report to the National Assembly of South Korea on Tuesday. The focus of the report is the impact of Japan’s export restrictions.

Last Thursday, Lee Ju-yeol told the media in a press conference that the central bank still has room in case the economy further worsens. Analysts are saying that the governor’s statement could mean possible rate cuts in the future.

The central bank is set to release their estimates for the second-quarter gross domestic product report on Thursday.

Japan’s export curbs against South Korean have drawn much heat from Korean citizens. Thousands of Koreans have marched in front of the Japanese Embassy in the Country.

The protesters held signs that said, “NO ABE” (a reference to the Prime Minister of Japan, Shinzō Abe) and remarks against ‘Japan’s economic retaliation’ against the country.

Small stores and shops in the country have boycotted and stopped their sales of Japanese products such as beer and cigarettes.

In 2019, the Supreme Court of Korea has ordered Japanese company, Mitsubishi Heavy Industries, to give compensations to the victims of the Japanese occupation’s forced labor.

However, Japan did not agree and said that it believed that the matter has already been resolved in the 1965 treaty.

Some critics have said that Japan responded to the ruling by restricting exports to South Korea. Japan has said that the ‘inadequate management’ of these sensitive items is the reason for the export curbs.

The chemicals that were prohibited include fluorinated polyimides, which is one of the major components used in smartphone displays.

South Korea has denied the violations accused by Japan, but Japanese officials cleared directly of pointing to South Korea for violations.

The World Trade Organization and John Bolton, the National Security Adviser of the United States, have said that they are ready to step in to try and solve the conflict