The Future of the Italian Economy

The Italian economy was already struggling to deal with problems even before the coronavirus outbreak. However, the ongoing virus outbreak complicated the situation.

Moreover, Italy was the first country in Europe to report a major surge in cases of the coronavirus. Italian authorities-imposed travel restrictions in the north of the country. This way, they are trying to contain the outbreak.

Interestingly, northern Italy is the country’s industrial powerhouse. For example, Lombardy accounts for 40% of Italian industrial output. Let’s not forget about Milan. This city is the main center for finance as well as a range of other services.

Currently, the residents, as well as tourists, can move around the city. However, Milan’s famous cathedral Duomo and the opera house La Scala have been closed.

As stated above, the Italian economy was in lousy shape, and the health crisis could trigger another recession. In 2019, the total production of goods and services was approximate as it was in 2005.

Another major problem for the Italian economy is unemployment, especially among young people. The unemployment rate among the people who are less than 24 is 28.9%. It is one of the worst results in the European Union. Out of all members, only Spain and Greece have higher figures. 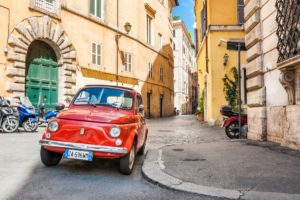 In the last quarter of 2019, the gross domestic product fell by 0.3%. There is a high chance that Italy’s GDP will shrink in the first quarter of 2020. As a result, Italy will technically be in a recession. As a reminder, a recession is often defined as two consecutive quarters of declining GDP.

Italy is a trendy country when it comes to the number of tourists. Moreover, the tourism industry plays an important role in the country’s economy.

EasyJet canceled some flights to Northern Italy. According to the company, it was a response to “softening demand.”  It means that people started to change their plans. As a result, they decided not to visit this part of the country.

At the moment, the main tourist areas remain largely intact, but the situation may change if the virus spreads to other parts of the country.

In this situation, it is easy to forget about other problems such as the debt crisis. Nevertheless, it is a very serious challenge for the government and the Italian economy in general.

The government debt equals 133% of GDP. Moreover, only Greece exceeds that figure. According to the EU rules, the government should set a target of 60% or less.