The future of the world economy

Home » The future of the world economy

The world economy is slowing down. However, this is not the only reason to worry about the future of the economy. Another problem is that the global economy depends on debt, which is a serious issue in the long run.

A decade of easy money created many problems for the private as well as governmental organizations. The overall amount of debt reached $250 trillion. It means that government, corporate, and household debts continue to increase which is not good news.

Global economic output is almost three times less than $250 trillion. Every man, woman, and child must pay $32,500 to cover this massive debt.

It is worth mentioning; policymakers used this strategy to keep the world economy afloat in the wake of the financial crisis. Low-interest rates helped most people not to collapse under the burden of their debts. However, the debt mountain was growing.

As mentioned above, the global economy is struggling as growth fell to the lowest level since that era. In this situation, most of the options on how to deal with economic problems rely on debt. For, Green New Deal proposed by the lawmakers from the Democratic Party is just one of the examples. People who support deficit spending argue that the central bank is exhausted. According to proponents of deficit spending, to solve the problems fiscal spending is the best option.

However, opponents point out that such a move will cause even bigger issues. 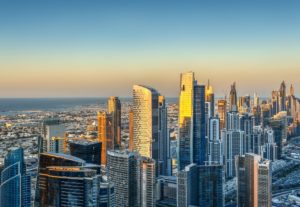 Central bankers, as well as the politicians from European Central Bank to the International Monetary Fund, think that spending more money is the best option. For example, the current President of the European Central Bank Christine Lagarde is among the bankers who share this opinion. They believe that it is a perfect time to borrow money for projects. As a result, such a project will boost the economy.

Expectations of fiscal stimulus measures around the world affected the bond yields. Signs of economic slowdown also influenced the situation. On Monday, ten-year Treasury yields increased to more than 1.80%.

Let’s have a look at the corporate debt. For instance, in 2019, American companies account for around 70% of this year’s total corporate defaults. This happened despite the longest economic expansion in the U.S.

Based on the information provided by the S&P Global Ratings. In China, the number of companies defaulting in the onshore market would break a record in 2020.

In terms of households, Australia and South Korea are among the most indebted in the world.

Another problem is that in the U.S., students owe $1.5 trillion. Unfortunately, a lot of them are struggling to deal with their student loans.

Policymakers around the world are trying to save the situation by stimulating the economy. This way the economy will neutralize the problems caused by rising debt levels.

In the U.S., the Federal Reserve lowered interest rates three times from the beginning of the year. In the U.K., both major parties promised to increase public spending to the highest levels since the 1970s.

PrevPreviousIt’s Cyber Monday: Get an Amazon Deal and More
NextDaily Market Charts and Analysis December 03, 2019Next