On Thursday, the World Bank adopted a new plan to aid China. The bank stated that its board approved low-interest loans to this country. According to this plan, China will receive from $1 billion to $1.5 billion annually from the World Bank. The lending plan was adopted despite the objections of U.S. Treasury Secretary Steven Mnuchin and several U.S. lawmakers.

Treasury Secretary made it clear that he is against this plan. Mnuchin voiced his opposition during his visit to U.S. Congress. He told a House Financial Services Committee that he wants the World Bank to stop providing credits as part of concessional loan programs.

According to Mnuchin World Bank should “graduate” China from this program as it is too rich. It is important to mention that China is receiving low-interest credits as part of concessional loan programs for low and middle-income countries.

The World Bank agreed to provide such loans every year through June 2025.

Based on the information provided by the bank, its lending would decline as part of the “country partnership” plan.

In the fiscal 2019 year ended June 30, the World Bank loaned China $1.3 billion. It means that in comparison with 2017, the amount of money provided to China declined by $1.1 billion. Moreover, according to the plan, lending will gradually decline in the future. The previous five-year were $1.8 billion. 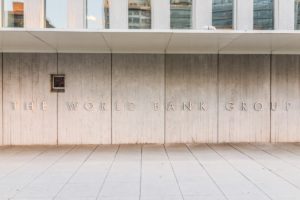 Steven Mnuchin believes that China is too wealthy for such international aid. Moreover, he did not forget to mention that China is lending hundreds of billions of dollars to developing countries.  China allocated a huge sum of money as part of its Belt and Road project.

Also, the decline in lending is not as fast as it could, according to Mnuchin. He is not alone when its dissatisfaction with the ongoing situation. U.S. lawmakers also expressed concerns that U.S. taxpayers are paying for the loans by providing funds to World Bank.

Also, they stated that China is using the loans provided by the World Bank to abuse its citizens. Moreover, they also mentioned problems connected with unfair economic competition.

On Thursday, the chairman of the Senate Finance Committee, Charles Grassley, talked about the alleged human rights abuses in Xinjiang. It is important to remember that the Xinjiang Uygur Autonomous Region is home to the Muslim Uyghur minority. He stated World Bank should not use American tax dollars to provide loans to wealthy countries that violate human rights.

Anthony Gonzalez, who is a Republican from Ohio also mentioned this issue during his speech. He is the author of the legislation to reduce t World Bank funding to China.

It is worth mentioning that the United States holds an effective veto power regarding major decisions such as capital increases. However, the China lending plan did not require a format vote. Treasury Secretary informed the U.S. lawmakers that he expected the World Bank’s lending to China to decrease below $1 billion during the current fiscal year.