The safe-haven yen fell versus its peers on Wednesday as worries over slowing global growth and US trade tensions dampened investors’ appetite for riskier assets.

The yen weakened by 0.3 percent versus the greenback to 109.73. Against the Aussie dollar, it slipped 0.5 percent.

As widely anticipated, the Bank of Japan kept monetary policy unchanged and slashed its inflation forecast, with a bigger than expected drop in December export data earlier in the day underlining the need for continued support for the trade-reliant economy.

The Australian dollar increased 0.15 percent versus the greenback to $0.7133.

Currency markets have been whipsawed in the past few weeks as traders tried to come to terms with a host of issues from Brexit to slowing global growth and the outlook for major central banks.

“Nervousness around global growth and trade tensions is certainly a factor driving the markets right now,” said Michael McCarthy, who is chief market strategist at CMC Markets. “Markets have also seen a spectacular run since late December… so the recent correction in equities can also be due to positioning.”

On Monday, the International Monetary Fund (IMF) slashed its 2019 and 2020 global growth forecasts, citing a bigger than expected slowdown in China and the eurozone and siad failure to resolve trade tensions could further destabilize a slowing global economy.

Growth in China last year was the slowest since 1990 and is set to weaken further this year before stimulus measures begin to kick in.

Investors are hoping for a breakthrough in the US-China trade talks, with the tariffs dispute between the world’s biggest economies already ripping through financial markets as well as global demand.

A report said that the United States had rejected China’s offer for preparatory trade talks, and this dampened risk sentiment overnight. However, a White House adviser later denied it.

The dollar index, which tracks the dollar strength against a basket of six other major currencies, was a tad higher at 96.32. Traders in interest rates futures are betting that the Federal Reserve will stand pat on rates in 2019 in the face of risks both at home and globally.

The dollar rally last year was mainly driven by the Fed’s four rate hikes, so traders are now expecting a pause in the tightening cycle to cap the US currency.

The euro was firm at $1.1367, while sterling edged up marginally to $1.2961, having increased 0.5 percent during the previous session.

Data on Tuesday showed that Britain’s labor market remained robust in spite of an economic slowdown ahead of the Brexit. Average weekly earnings, including bonuses, increased by 3.4 percent on the year and this were the biggest increase since the middle part of 2008. 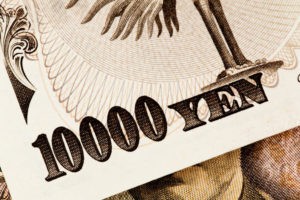 Sterling is hovering close to its highs last seen in mid-November, a sign that traders expect Britain to avoid a chaotic exit from the European Union in spite of the nearing March 29 Brexit date.

Since Prime Minister Theresa May’s Brexit deal with the EU was rejected by lawmakers last week in the biggest defeat in modern British history, lawmakers have been to plot a path through the crisis, yet no option has the majority of support from the parliament.

“The market is now completely discounting the prospect of a hard Brexit, though the political risk still remains in play and volatility is sure to ratchet higher if no clear path is visible to the market,” said Kathy Lien, who is the managing director of currency strategy at BK Asset Management.

The New Zealand dollar increased 0.25 percent in early Asian trade to $0.6766 after data showed that inflation edged higher during the fourth quarter and decreasing the chance of an interest rate cut.