Asian Markets and Future of the Oil Industry

Home » Asian Markets and Future of the Oil Industry

It is not a secret that the oil industry is struggling to cope with ongoing coronavirus pandemic. Moreover, the oil industry plays a crucial role as it generates an important source of income for many countries including the OPEC’s (Organization of the Petroleum Exporting Countries) de facto leader Saudi Arabia. This news affected the markets.

Two days ago, OPEC and allies, collectively known as OPEC+ reached an agreement to reduce oil production by 9.7 million barrels per day.  Importantly, it is the largest output cut in history.

Moreover, OPEC+ hopes that nations outside of the group, such as U.S. Canada and Norway will follow the footsteps of OPEC and its allies. According to U.S. President Donald Trump, market forces would naturally curb oil production.

Major oil-producing countries have to adapt to the new reality as the number of confirmed cases surpassed 1.2 million. It will take time to stabilize the situation. 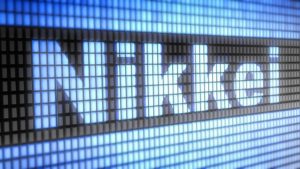 Markets in Asia fell on April 13 as the OPEC and allies reached an agreement.

Markets in Hong Kong and Australia were closed on April 13 for Easter Monday.