Asian stock markets and US equity futures posted decent gains on Monday over the hopes of a solid US holiday sales, even though plummeting oil prices fueled the worries over a blurry outlook for the global economy.

Investors were also careful ahead of the summit for crucial talks between US and Chinese leaders at the end of the week as trade tensions between the world’s top two economic powerhouses showed no sign of letting up.

“The US-China summit is the biggest event for the rest of the year,” said Nobuhiko Kuramochi, who is the chief strategist at Mizuho Securities.

MSCI’s broadest index of Asia-Pacific shares of stock markets outside Japan inched up 0.7 percent higher, thanks to the gains in Hong Kong and Taiwan, while Japan’s Nikkei rallied 0.8 percent.

US stock futures tacked on 0.4 percent in Asian trade, on hopes of brisk spending by the US consumers during the so-called Black Friday and Cyber Monday sales.

Buyers and shoppers all over the United States snapped up deep discounts on toys, clothes, and electronics both online and at shops during Black Friday, providing retailers a strong start to their make-or-break holiday season.

US stock markets had one more tough session on Friday when the benchmark S&P 500 hit its lowest close in more than 6 months as the energy sector took a beating in the midst of the oil plunge.

The S&P 500 slipped up 0.66 percent to end about 10.2 percent lower than it September 20 closing record high. This is the second time this year that it has entered a 10 percent correction after a trough in February.

Oil prices were fragile, keeping near their lowest levels since October last year, having slumped 8 percent on Friday for the largest weekly losses in nearly three years as increasing US production intensified fears of a supply glut. 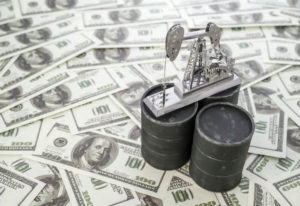 So far this month, both WTI and Brent futures were down more than 21 percent, on their way for their biggest fall since October 2008 unless they recover some of those losses this week.

US President Donald Trump and his Chinese counterpart Xi Jinping are expected to hold talks on the sidelines of a G20 summit in Argentina at the end of this month.

Barring any deals, the US tariffs on Chinese goods worth $200 million, implemented in late September, are likely to be raised to a proposed 25 percent next year from 10 percent.

“July-September corporate earnings have hardly been affected by the latest tariffs. It’s in the next earnings that we will see the impact.  And if the tariffs are raised further next year, earnings will be hit further,” said Kuramochi.

Some market players believe that investor worries go beyond trade concerns and problems, giving attention to the decline in global stocks and oil prices starting after US Vice President Mike Pence intensified pressure on China during his speech on October 4.

Pence, during that speech, accused China of “malign” efforts to undermine Trump, further alleging that the Chinese security agencies of creating the “wholesale theft of American technology,” including military blueprints.