The world’s one of the largest carmakers plans to change the business model it inherited from the previous CEO. Nissan will eliminate at least 4,300 white-collar jobs around the globe. Moreover, the carmaker will close two manufacturing sites.

According to the information, the carmaker will focus on head offices in the United States and Europe. Nissan would like to reduce the connected with advertising and marketing. Thus, people who are working at the headquarters will have to adapt to the new reality.

It is worth mentioning that the carmaker already announced in July that it plans to reorganize the company. Consequently, this move comes on top of that plan.

Japan’s second-largest carmaker would cut the range of cars it sells as well as will reduce product options and trims in each line.

Nissan’s board approved the planned cuts and measures during their meeting in November. The company decided to reject the expansionist strategy initiated by the previous CEO Carlos Ghosn.

Ghosn decided to boost capacity and to add new models. Moreover, he heavily invested in marketing to hit targets in countries such as India, Russia, South Africa, and Southeast Asia.

However, decisions made by Ghosn were ineffective in boosting sales. As a result, many of those models are missing sales goals. According to the executives at Nissan’s Yokohama headquarters, up to 40% of its manufacturing capacity is either unused or under-used.

Moreover, Nissan is part of an alliance with Renault and Mitsubishi. There is a risk that the company could post another loss in the last quarter of 2019 that ends in March.

This factor will have a huge impact on Nissan’s decision. In case of another loss, the company may launch the restructuring plan in its current financial year. Otherwise, Nissan may decide to wait until March 2021 when the next financial year will end. 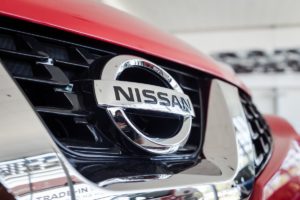 As mentioned above, in July Nissan presented the plan on how to deal with problems. The automaker said it would cut 12,500 jobs from 14 sites around the world. Additionally, Nissan would reduce its model range by 10%.

Nissan may close two plants permanently on top of the reductions at the 14 other sites.

Also, the company plans to reduce the number of employees at Nissan’s North American head office in Tennessee as well as its European headquarters in Geneva.

Interestingly, the carmaker has a lot of money to deal with financial challenges. Based on the quarterly reports, the company had 1.14 trillion yen in net cash at the end of September.

The major factor that forced the company to reconsider its strategies is the collapse in Nissan sales around the globe. In 2020, people familiar with the situation expect that global sales would fall towards 5 million vehicles or slightly above. As a reminder, Nissan’s goal is to sell 5.5 million cars during the current financial year.