The losses in global stock markets increased on Monday, with US equity futures and Asian shares sliding on concerns over slowing growth and fears that a rise in tensions between Washington and Beijing could blow up chances of a trade deal.

Traders returned from the weekend to face a growing wall of worry, with the world’s top and largest economic powerhouses, the United States, China, and Japan, all releasing weaker-than-expected data that pointed to a moderating economic activity.

Investors were also getting ready for a Tuesday vote on British Prime Minister Theresa May’s European Union Brexit deal, which is widely expected to be rejected by the parliament, raising fears of a chaotic exit in March.

MSCI’s broadest index of Asia-Pacific shares outside Japan slumped 1.5 percent to a near three-week low.

Japan’s Nikkei lost 2.1 percent. Data early in the session showed that the economy contracted the most in more than 4 years in the third quarter as companies slashed capital spending amid uncertainty over global demand and trade tensions.

US-China trade negotiations need to reach a successful end by March 1 or Washington will impose new tariffs, US Trade Representative Robert Lighthizer said on Sunday, adding that there exists a “hard deadline” after a week of apparent confusion among President Donald Trump and his advisers.

Markets were already reeling from news last week that Canadian officials had arrested the chief financial officer of Chinese smartphone maker Huawei for extradition to the United States. The arrest could throw up another hurdle to the resolution of a trade war between the world’s two biggest economic powerhouses.

“The biggest concerns for equity markets currently are the US-China trade conflict and the Huawei incident,” said Soichiro Monji, who is the senior economist at Daiwa SB investments in Tokyo. “The trade theme will preoccupy the markets through the 90-day truce period between the United States and China, waiting for any signs of concession between the parties.” 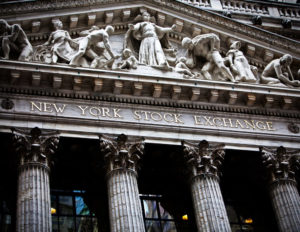 Trump and Chinese President Xi Jinping early this month agreed to a temporary truce that pushed back a planned January 1 US tariff hike while the two sides negotiate.

“Eventually, because it is in both party’s interests, I think some deal will be struck but the process, I suspect, will have many hills and valleys that will impact the markets,” said Mark Grant, chief global strategist at B. Riley FBR Inc in Florida.

While American officials say that the Huawei arrest was a legal matter and not linked to the trade dispute, the move is expected to complicate and have some bearings to the trade talks.

“Even though President Trump said the incident will not derail the talks, the markets should not underestimate nationalism hype which may create the hurdle for China to make concessions,” wrote strategist at OCBC Bank.